This paper provides an overview of the wide reform of corporate income taxation proposed by the government at the end of 2001. Attention is focused on the efficiency and the international competitiveness of the new tax system. It is difficult to provide an unique evaluation. Some of the proposed changes, e. g. the possibility to opt for group taxation, approximate the Italian system to other EU tax regimes and under many respects may be seen as improvements of the present regime. Others, like the abolition of the tax credit on dividends and the introduction of a generous system of participation exemption, are similar to the reforms recently introduced in other countries, and may be seen as a response to the increasing international integration and tax competition. Finally, there are changes, like the abolition of the dual income tax and of the regional tax on productive activities (IRAP), that completely reverse the tax reform introduced only few years ago by the previous government. These changes will make the new tax system less neutral than the present one, with respect to both investment and financing choices. Moreover, the timing of the reform is very uncertain, particularly concerning the announced abolition of IRAP. Different indicators suggest that the new reform will not reduce the overall effective tax burden on companies and will not improve the general competitive position of domestic companies. 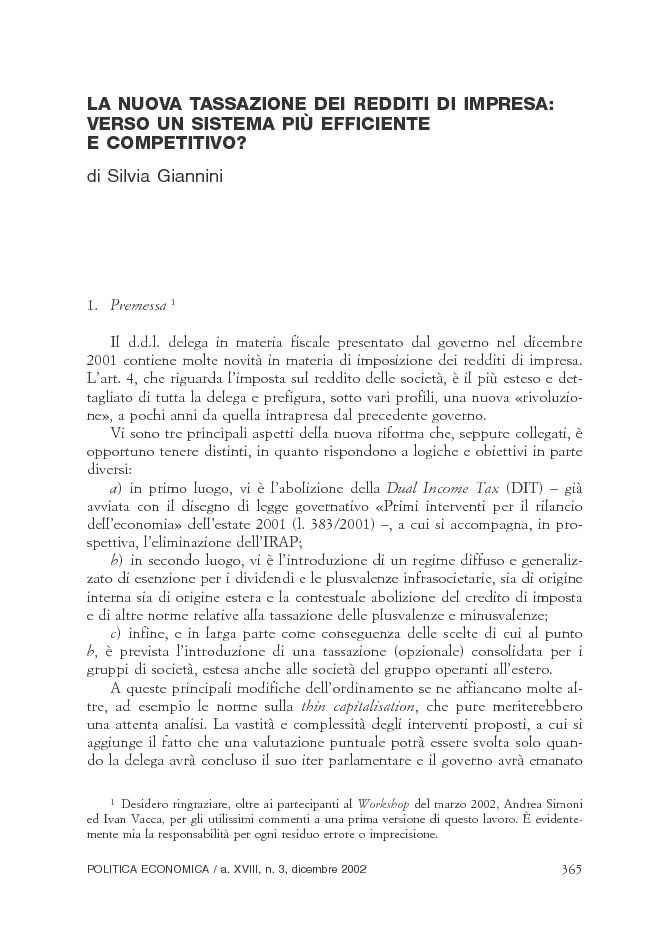