This paper reviews the evolution of the Italian household consumption during the recent crises. I first provide a comparison between macro data, recovered from the National Accounts, and micro data, from the Household Budget Survey, and show that the main aggregates from the two sources behave in a similar way over time. I then inspect the typologies of households that most suffered from the recent economic crises and provide evidence of sizeable re-composition effects in their consumption patterns. Specifically, younger, and to a less extent older, households were most affected by the economic downturn; those middle aged, living in Northern regions, highly educated and owners of a house could instead easily cope with the recession. 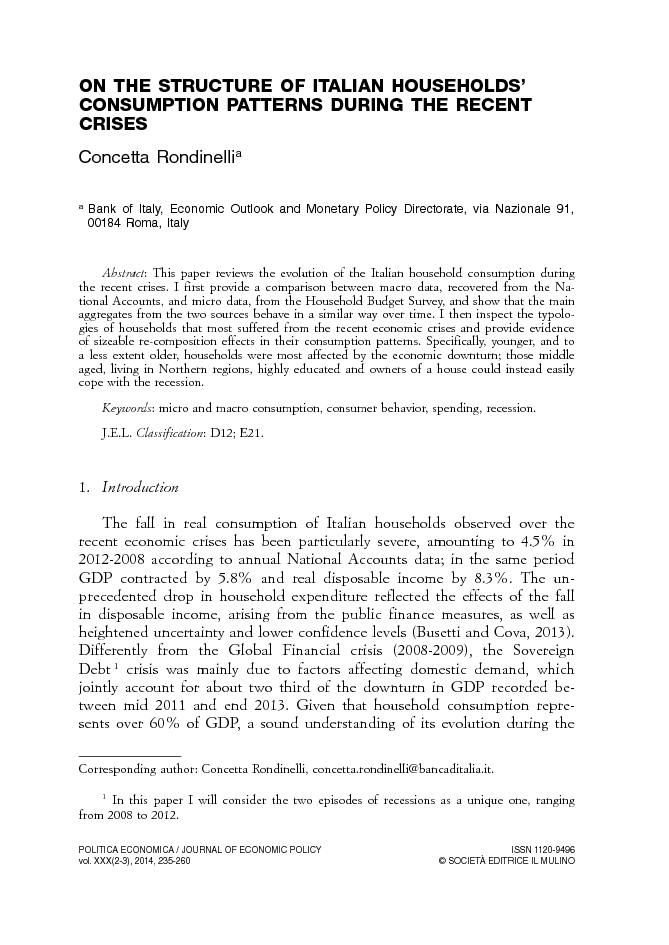