We reassess the evidence provided by Young and Lawson (2014) according to which the smaller is the degree of economic freedom, the lower is the labor share. Using dynamic panel data methods and yearly data, we show that the results from Young and Lawson (2014) are not robust, and question their claim that limiting a country's scope of government is associated with a larger labor share. We argue that a generic questioning of government intervention is too rough to be informative and, rather than advocating for the minimization of government intervention, efforts should be devoted to identify the best possible institutional setting given the specificities of each country. This inquiry is beyond the scope of the analytical framework which, nevertheless, allows us to confirm the significant, robust, and heterogeneous impact of the capital-output ratio on the labor share. In this context, a salient finding is the increase in the elasticity of substitution between capital and labor in recent years in the non-OECD area. 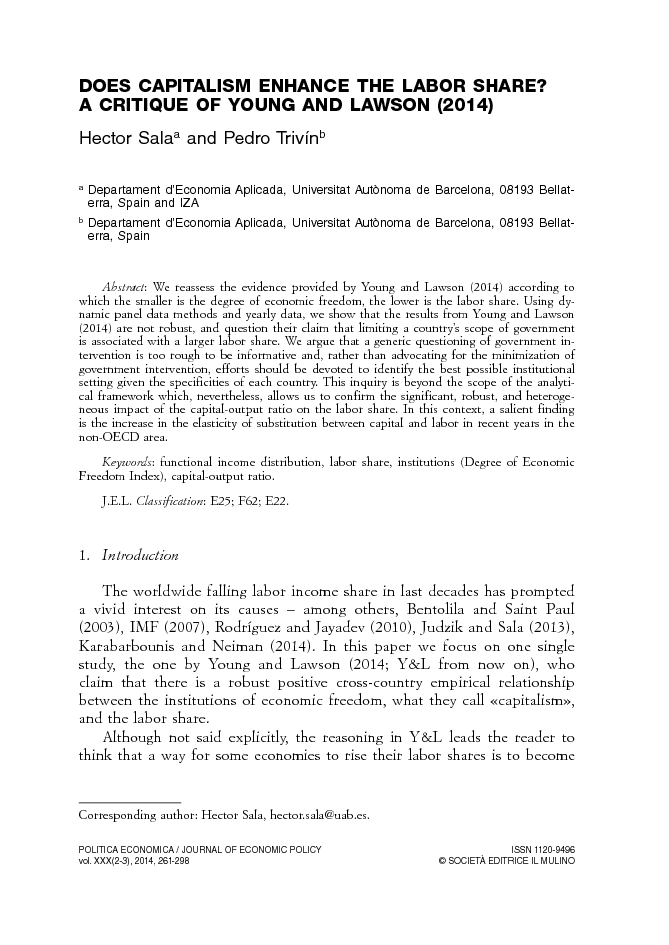