From mid-eighties, due to the decline of public enterprises, the European integration process and the globalisation of the economies, in the utilities' sector, regulation has replaced the traditional way of state intervention through industrial policy. Consequently, nowadays in many countries industrial policy assumes more the features of antitrust and regulatory policy and the existence of independent authorities is a condition for an efficient implementation of the new institutional framework. However, the paper shows that the state is trying to gain back its political influence. This emerges clearly through an in-depth analysis of the telecommunications and energy sectors. First of all the paper points out that both in the appointment of the authority members and in the re-definition of the institutional design there are clear signs of political influence. Secondly, it shows that in various public statements referring to critical issues some government representatives have put heavy pressures on both authorities. The analysis confirms the difficulty of the Italian governments, irrespective of their political orientation, to withdraw from direct policy making. On one side they have accepted the liberalisation and regulation policies but, on the other side, they have not given up the control of industrial policy. The recent restoration of such "old style" industrial policies direct to protect dominant firms in which the state still has interest or national champions (mostly the previous monopolistic firms) is opposed to policies addressed to key factors, that in the UK and in the Republic of Ireland obtained good results in sustaining competition and growth. 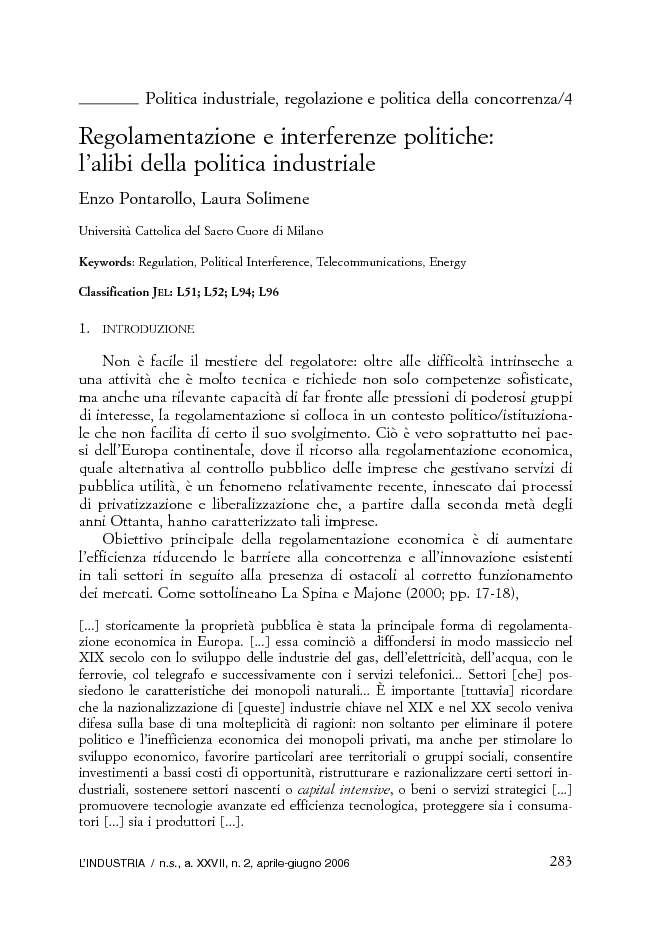