The process of European economic and monetary integration focuses on the Stability and Growth Pact, under which the Euro was supposed to represent the mainstay and the shield to build a stable, dynamic, innovative, competitive Europe. However, the recent crisis in Greece has shown that the stability of the Euro cannot be considered separately from the sustainability of public finances. The loss of monetary sovereignty highlights risks to sovereign debt for the single countries and, therefore, for the «single currency». Beyond the recession triggered by the financial and real crisis of 2007-2010, it is evident that the Pact has not been able to ensure stability and even more growth, since it does not consistently deal with methods, tools and policies to strengthen the real economy, i.e. growth, employment, investment in human capital, knowledge and, more broadly, social cohesion. A «strengthening of the Pact» is required, not only in terms of a greater discipline and more rigorous public budgets, but also in terms of structural policies, through investments in education, research and development, large infrastructure networks for the transport of goods and people, traditional telecommunications networks and broadband, energy and environment. Lack of economic policy focused on growth involves the risk of implosion of public finances and of economic and social unsustainability. New instruments of public debt at a European level - managed by the BEI - are suggested, in order to finance the investments. These measures should be accompanied by a reform of the European regulatory and supervisory framework of the financial sector. 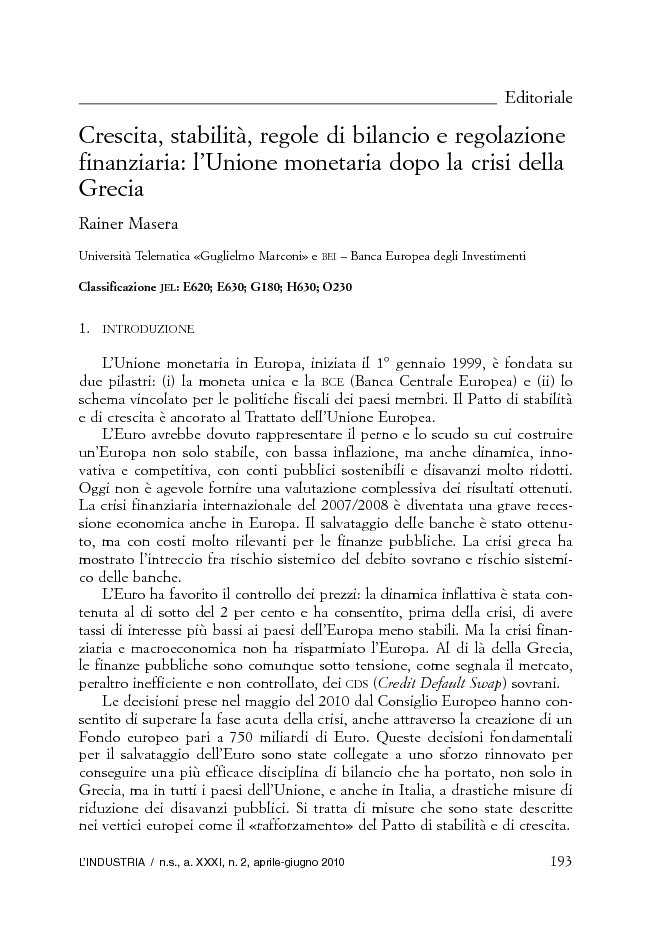