The paper aims at proposing a sectoral «shift and share» analysis of the labour productivity growth of the Italian Regions through a decomposition in two different components: an intra-sectoral one, which relates to productivity gains achieved thanks to the internal improvements of productivity in each sector; a structural one, which refers to productivity gains due to changes in sectors composition. The findings suggest that the role of the structural change (characterized by a marked tertiarization process) has been, with few regional exceptions, predominant in the period 1980-2004 and decisive in the period 2000-2007. In many cases, the structural change positive contribution to total productivity growth has concealed a decline of the productivity within sectors (in particular as far as the 2000-2007 period is concerned). In addition, the employment has moved from sectors with «low levels - high growth rates» of productivity (manufacturing) to «high levels - low growth rates» of productivity (services), thus supporting Baumol's structural burden hypothesis. 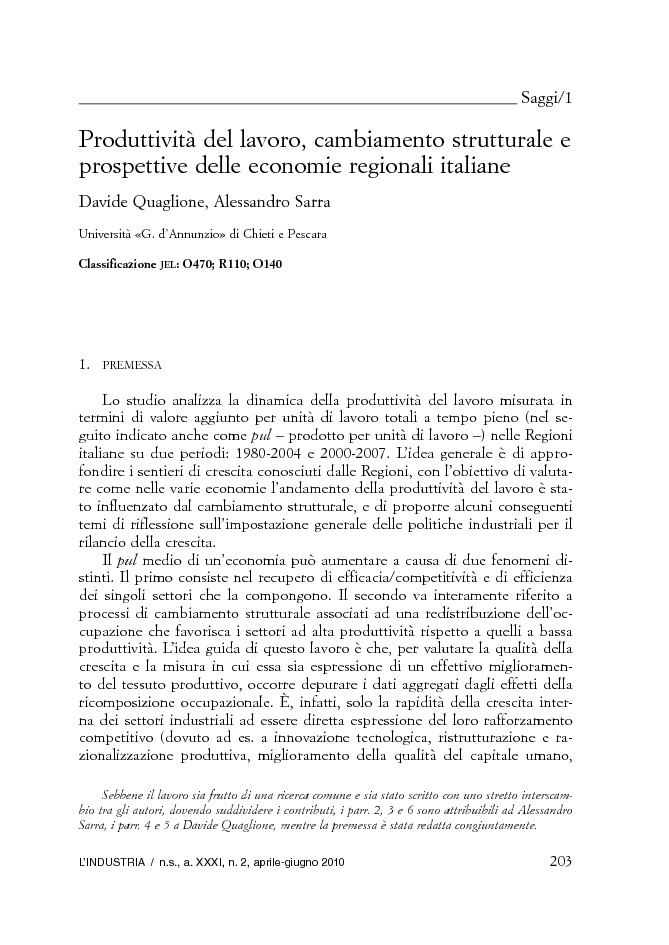