The paper aims to highlight the crucial role played by the manufacturing industry in the growth of the developed countries. This assumption is based, first of all, on the theoretical contributions of Petrus Verdoorn and Nicholas Kaldor, that, in the '50s and '60s, have identified links connecting the economic development of a country to a strong manufacturing sector. For this reason the European Union intends to reverse the declining role of industry in Europe for the 21st century, from its current level of around 16 per cent of gdp to as much as 20 per cent by 2020. This should be driven by substantial recovery in investment levels, an expansion of the trade in goods in the Internal Market and a significant increase in the number of smes exporting to third countries. To reach this objective, the Commission has identified several action lines, that could favor also the Italian industrial companies, which are heavily affected by the dramatic fall of the internal demand. 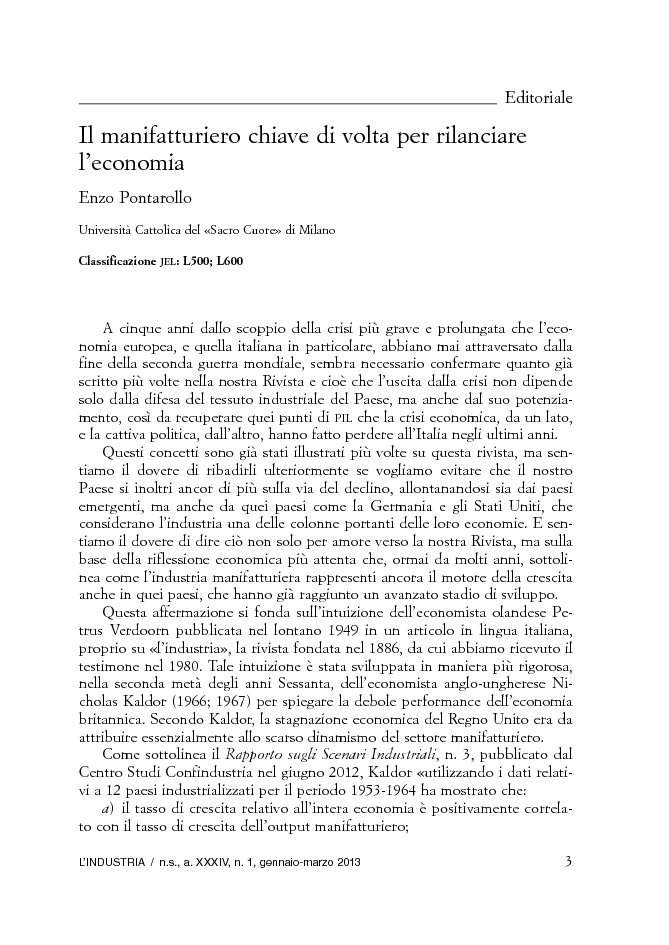