Despite the relevance of broadband, empirical evidence on its status is scattered and inadequate, especially for Italy; this also affects the debate on ngn (Next Generation Networks). We collect and systematize a large set of data and statistics, and we propose new original comparative indicators. This is followed by a diffusion analysis, aimed at studying the morphology of fixed broadband subscriptions in a set of eu and oecd countries; the logistic and Gompertz models are estimated. A few noticeable findings stand out: 1) Italian digital divide comes to be heavily underestimated by current statistics and studies; 2) the diffusion path of Italian fixed broadband is peculiar, and shows an early inflection point and a growing inertia, since the period 2004-5; 3) its «prospective market potential» appears to be the lowest among the reference eu countries; 4) data on fixed broadband coverage and quality are even messier; on overall, they point to severe infrastructural, technical and commercial shortcomings, which are usually understated or even neglected by existing literature; instead, they might explain a sizable share of the recent subscriptions inertia - especially for the business segment. This status can even dampen the deployment and take-off of the most promising types of ngn, especially when considering the recent parallel boom of mobile broadband. Finally, after more than a decade of absence, a clear need for Government intervention emerges. 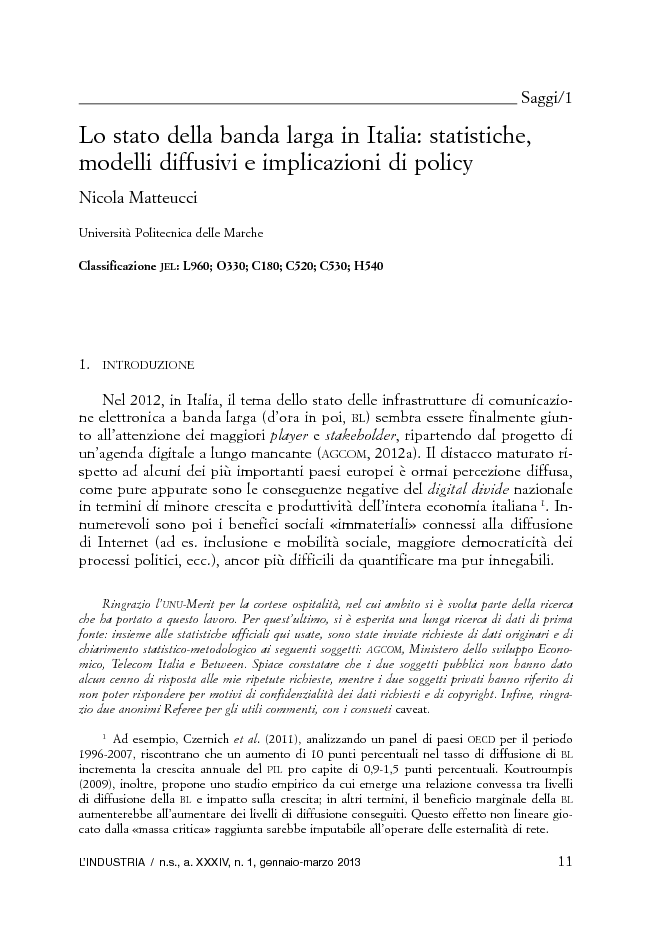