This paper analyzes tattooing as a form of postmodern consumption. Motivations of tattoo consumers are analyzed and interpreted using the interpretive framework by Holt (1995). In addition, the study analyses the role of gender as an identity construct (Moore, 1999) that is crucial in the postmodern consumption because it guides consumer behavior (Fugate and Phillips, 2010; Robbie and Neale, 2012). Data collection (textual data related to tattoo consumer motivations) has been carried out within tattoo conventions. This specific setting has been selected looking at extant literature, which highlighted a gap in understanding the role of tattooing as a form of socialized consumption (e.g., Kjeldgaard and Bengtsson, 2005). Results appear relevant with respect to the categories of the Holt's taxonomy, providing insights both for research and practice. Another key finding is that no significative differences were found in the most relevant motivations among the two gender groups. 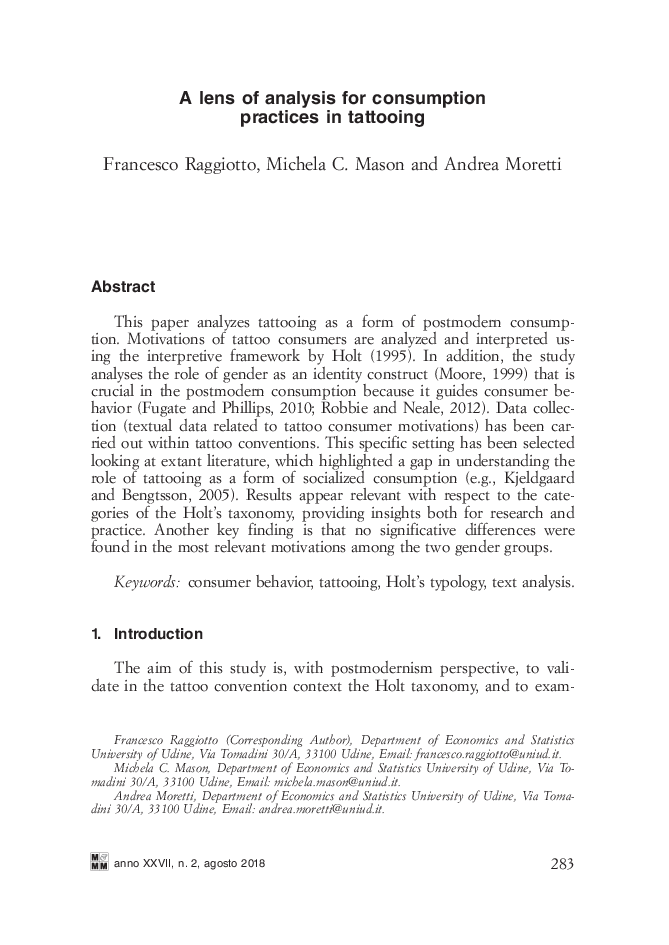