Today, the spread of fake news is putting at risk the classical relationship through which consumers and companies have always dialogued, especially in the food sector, which has been particularly hit by this phenomenon. One of the major problems, indeed, is that it is not clear which are the characteristics leading consumers to believe and spread them. Scholars focused particularly attention on the role of cognitive information processing and how it contributes to the creation of the fake news. Less attention has been given to the role of psychological traits that could lead to the believing and spread of this information. From these premises, in this contribution we aim at discussing results from a research on the Italian population in order to give a «psychological portrait» of consumers who believe in fake news, in terms of individual characteristics and consumption orientation. Data were collected with a self-report questionnaire during the first three weeks of March 2019. We obtained 1004 valid questionnaires filled out by a representative sample of the Italian population, aged 18-75 years old, with sex, age, profession, size of the centre, and geographical area extracted by stratified sampling. We used descriptive and inferential analysis to elaborate the results. This study suggests that there are significant differences, regarding both psychological and consumption characteristics, between the total population and those who believe in fake news. Believing in fake news, regarding the food sector, could lead to negative opinion towards certain foods, which could impact on the image and reputation of firms and consequently on the marketplace. For this reason, to understand deeper psychological levers could help in restoring an effective dialogue with consumers. 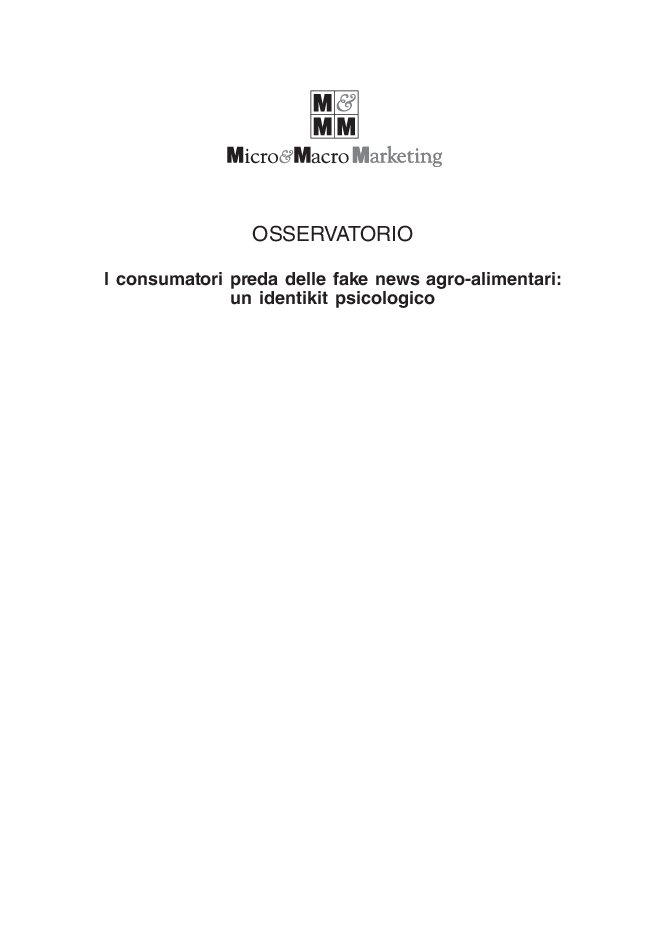