Many have already declared the importance of local labour systems as a unit of analysis for territory's study. 2001 Census has allowed the Italian National Statistics Institute (ISTAT) to bring the geography of local labour systems up to date to 2001, on the basis of data regarding the commuting from home to work and back. If we consider the meaning suggested by the ISTAT since 1981, local labour systems (LLS) are built as aggregation of two or more contiguous municipalities on the basis of the "auto-containment" of daily commuting flows. Then, important considerations derive from the functional nature of these territorial aggregations. In fact, these are areas which are not subject to common administrative criteria, and acquire characteristics of homogeneity just being them characterized precisely as "auto-contained". This paper aims at giving an overview of the main characteristics of Italian local labour systems, in particular with reference to an analysis of predominant production, also comparing 1991 to 2001 data. In particular, from this analysis 19 local systems, such as the so-called metropolitan systems, i.e. those systems in which the main municipality has a resident population of 250.000 inhabitants and over, or the industrial districts, i.e. those areas in which the density of medium and small-sized manufacturung enterprises is more considerable. 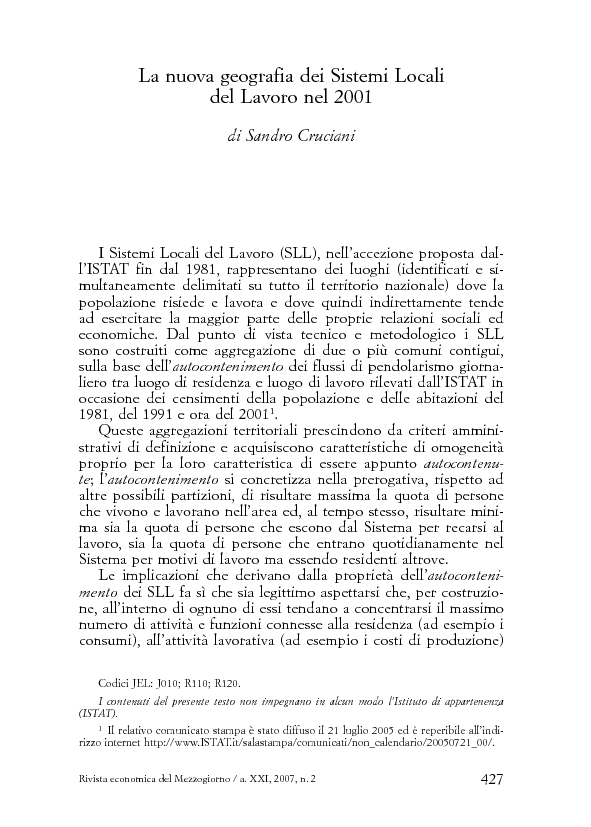