As recently happened in the Southern banking system, also the Bank of Sardinia, the only banking group of that Region, was taken over by a Northern bank in 2001. How has the Bank of Sardinia performed after its takeover? In particular, how has it contributed to regional economic development? This paper makes an attempt to answer to these questions, highlighting the strategy pursued in the territory, where this bank has always been a point of reference. If we exclude a reduction in the percentage of delay in settling, which comes under the general trend of the national banking system, such analysis shows the very limited contribution given by the new banking management, pointing out a loss of positions in the Region market as regards both lending and deposits and savings, not counterbalanced by a decrease of the "cost/income ratio" and by an insertion in a wider market. 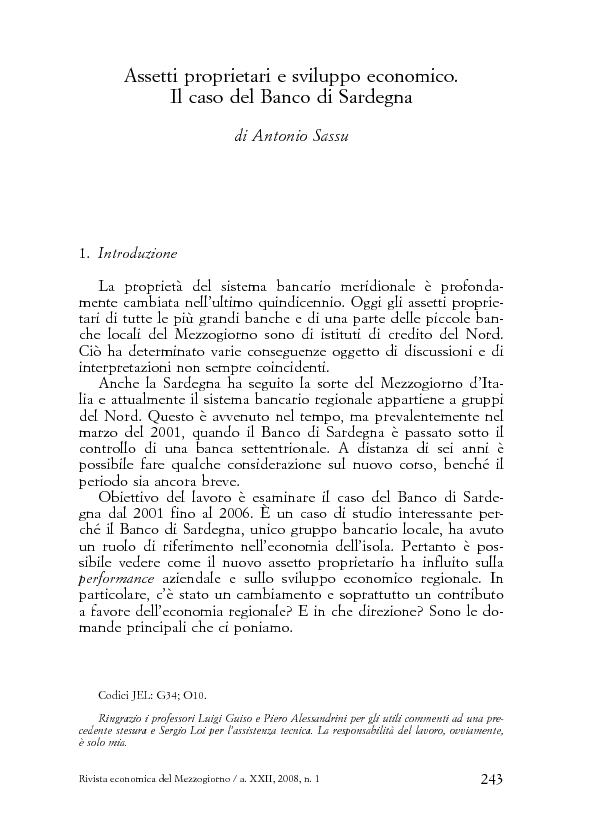