The educational crisis in the southern regions is now becoming increasingly clear, especially in urban areas, where the largest concentration of school drop coincides with the highest poverty conditions of families. This, in particular, relates to technical and vocational schools and the first two years of secondary school, therefore between 15 and 16 years. This is caused by some factors, that is the lack of synergy in central and local public policies, the arrest of investments for the educational welfare, the inevitable red tape which hampers many initiatives, the lack of vocational training linked to businesses. In the South the culture of legality, merit and competition lacks. And school and university students feel as distant or an enemy the vast majority of southern ruling and even political leaders. They see around them too many people who founded their fortunes on a senseless use of public spending, on financial income and also on the huge profits of black economy. This is why most southern young people say the only way is to leave. An exodus which exacerbated in the last fifteen years. What to do? The Government is putting in the pipeline measures for almost a billion in the Southern schools. Resources will be invested in the reconstruction, security and energy saving of buildings, for the spread of new media and the training of teachers who know how to use them, but also 40 prototypes of networks of schools and private social services will be set up in order to fight early school leaving. 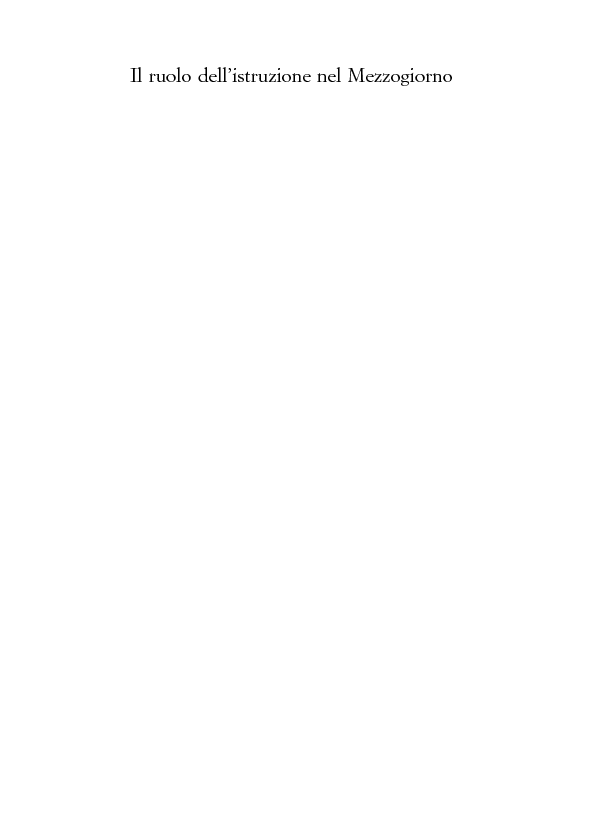