The aim of this paper is to focus on the motivation differences between «real» volunteers and volunteers of the National Civil Service, by analyzing the answers given by a sample of 732 volunteers being in Campania and Piedmont. The questionnaires were distributed from October 2008 to May 2009. Evidence proves that, whereas «real» volunteers are led by an intrinsic motivation (ideal motive), choosing to join the National Civil Service is mainly led by extrinsic motivations, that is by both the ambition to improve employment perspectives and the compensation given by the Civil Service. Besides legislator's intents, the Civil Service is therefore largely seen as a pattern of active welfare, and not as a means for organizing voluntary work. As to this aspect, there are not significant differences between Central-North and South Italy. 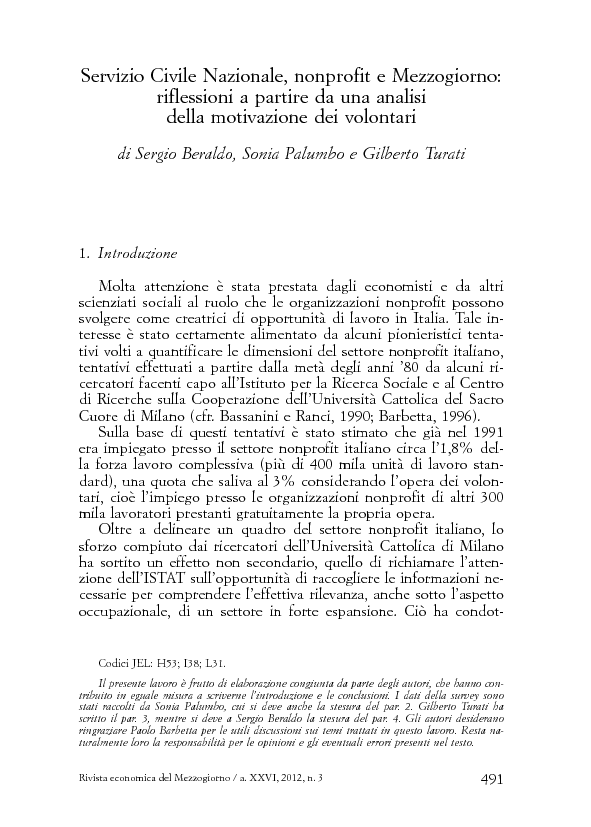