Since 1950, the «Cassa per il Mezzogiorno» has been the instrument through which the Italian government sought to intervene organically in order to redress the dualism present in the national economy. The aim of the «extraordinary intervention » carried out by the Cassa was to stimulate economic and social progress in Southern Italy. On the basis of this general purpose, a number of studies have assessed the outcomes of that extraordinary intervention, ranging from those focusing strictly on financial, social as well as economic aspects. Among these latter, those examining the variations of certain macro-economic indices concluded that from the early 1950s onwards, the dualism present in the country did indeed decrease, although not to a significant degree. This paper attempts to contribute to an assessment of the work of the Cassa adopting a different perspective, that is examining the results achieved in a particular sector - the development of the tourism sector. In the light of the considerations illustrated, there is no doubt that Southern Italy did indeed improve its relative position with regard to the rest of Italy, in terms of the most significant tourism sector indices. With regard to supply and demand, specific indices have shown over time variations which narrowed the country-wide gap existing when the Cassa first began its interventions. 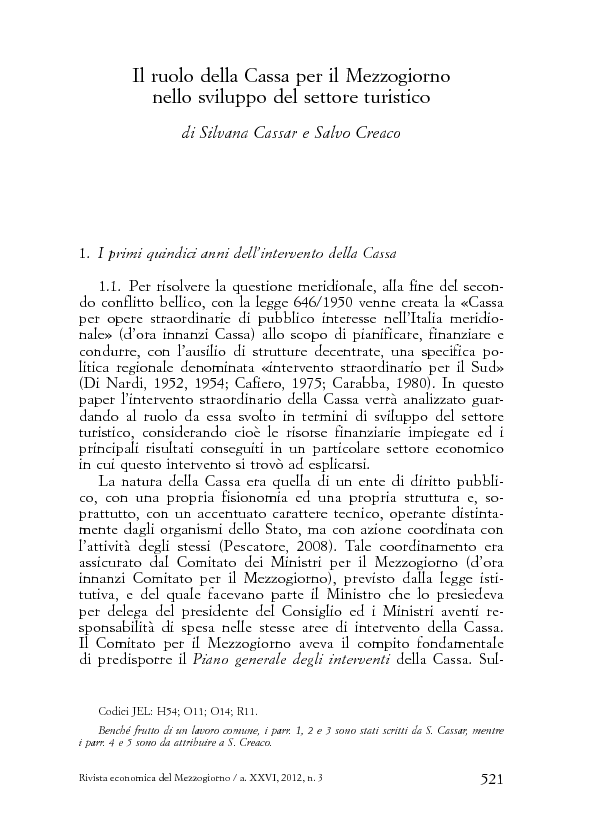