This paper argues that the role of big cities is now strongly influenced, in Italy, by ties resulting from unresolved problems concerning the structure, when fully implemented, of municipal taxes, on the one hand, and the issue of functions relating to the LEP (i.e. basic levels of benefits), which municipalities have to take charge of, on the other side. About the first aspect, articulated proposals are presented, particularly related to big cities. About the second aspect, we observe that a substantial part of the services of municipalities is relevant to the basic level of benefits that must be ensured on the whole national territory (LEP) - that is care, education, urban public transport, hygiene and urban decor (garbage disposal), water supply, necropsy and cemetery service. With reference to a group of 14 services considered relevant, the needs were calculated, against the resources allocated to them: on average rich towns (i.e. Turin, Milan, Rome) fund the theoretical needs as far as 0,96, while poor ones (i.e. Naples, Bari, Palermo) to the extent of 0,57. 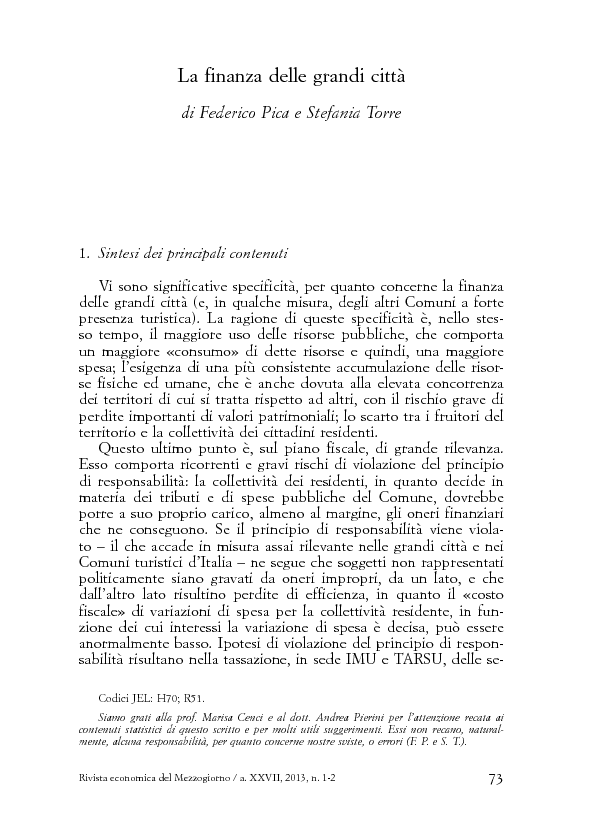