This paper suggests an extensive and systematic analysis of the realization of public works in Italy, with reference to both the timing and the trend of the expenditure for works and, finally, to the forecasting ability of contracting entities as to the start of works and the timing of implementation of expenditure during the execution of works. The field of observation is made up of works carried out within the framework of cohesion policies. Overall, it is more than 36,000 works monitored by the Ministry of Economy and Finance and by the Department for Development and Economic Cohesion. The analysis shows that the economic value of the works substantially affects on all the stages of implementation, planning, entrustment and work, as well as on spending. At territorial level, a significant difference between the performance of northern and southern regions is highlighted. The weight of «crossing» times, i.e. the time necessary to pass from a procedural stage to the next one, is relevant. It is particularly important in the Mezzogiorno. The analysis on the timing of implementation of expenditure from the date of start of works indicates that on average it takes longer than two years to complete the spending, being the central northern regions slower than southern ones. A comparison of the estimates of expenditure (statements) provided by the administrations and the actual performance of the same shows a certain optimism by the authorities, who on average estimate the intervention spending starts in just over a year, whereas actually it takes about two years. Despite these difficulties in estimating when the intervention spending will start, the quality of evaluations of contracting entities instead improves considerably when spending has started, when they can estimate in a more reliable way the economic performance of the intervention. Substantial differences across regions are not evident. 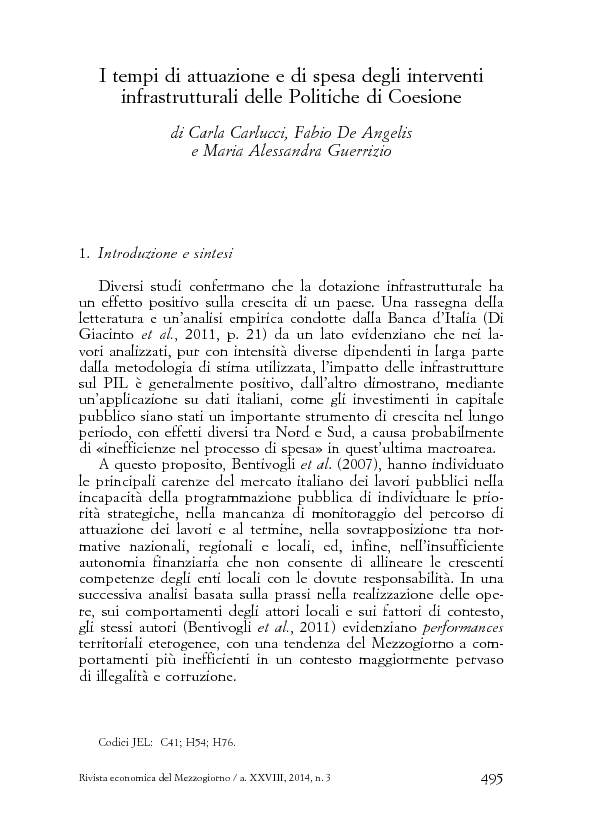