Urban regeneration is a "driver" for the economic development. It can make a significant contribution to the growth, such as a countercyclical policy. It also constitutes an action that can lead to those structural and context changes that are in line with the long-term goal pursued by the European and National planning. Urban regeneration requires a legislation and a regulation framework - this framework can ultimately enrol the discipline of urban planning in a strict sense - by public administration, as a precondition for the direct involvement of private capital and social forces. Therefore urban regeneration is also a "driver" for the renewal of the public system of land government and management and the promotion of a "smart" city model that combines technological innovation ("ICT", "smart grids") and social innovation. To achieve a "smart" city, ultimately, there is a need for a "smart administration" ("open data", participatory processes, urban private-public co-management, etc.). In this framework, the Region of Puglia is an interesting laboratory for innovation. According to the new regional legislation, a number of actions have been initiated as far as urban regeneration is concerned. Urban regeneration in Puglia represents one of the most interesting experiences in the context of national urban policies and in the context of cultural and institutional renewal for the Southern Regions of Italy. 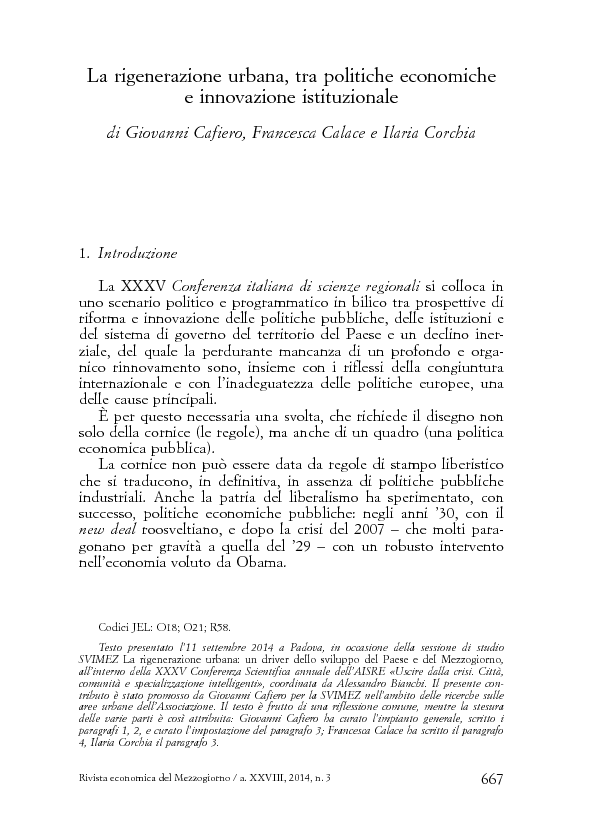