For a long time the Mediterranean Sea has acquired a central role in world's goods transport, which is set to strengthen in the next years thank to the doubling of the Suez Canal as well as to the expected increase of trade with North Africa. Within this framework, where the Euromediterranean model is taking root as opposed to the Eurocentric one, the Mezzogiorno arises, which is fully equipped with port facilities. The role of southern ports within the Euromediterranean model may be strengthened by Territorial Supply Chains, that allow to share steps of business processes and logistic services in the territories back to the ports, made functioning and suitable. Such line of economic policy aims at bridging the structural deficit of the logistic system of the Mezzogiorno, which strongly limits the potential for international economic development in the areas of prime southern productions. The setting-up of multiple Territorial Supply Chains can contribute substantially to let the Mezzogiorno separating from its persistent development gap, thus allowing to such area to become among the most advanced - a level it could aim at and could deserve. 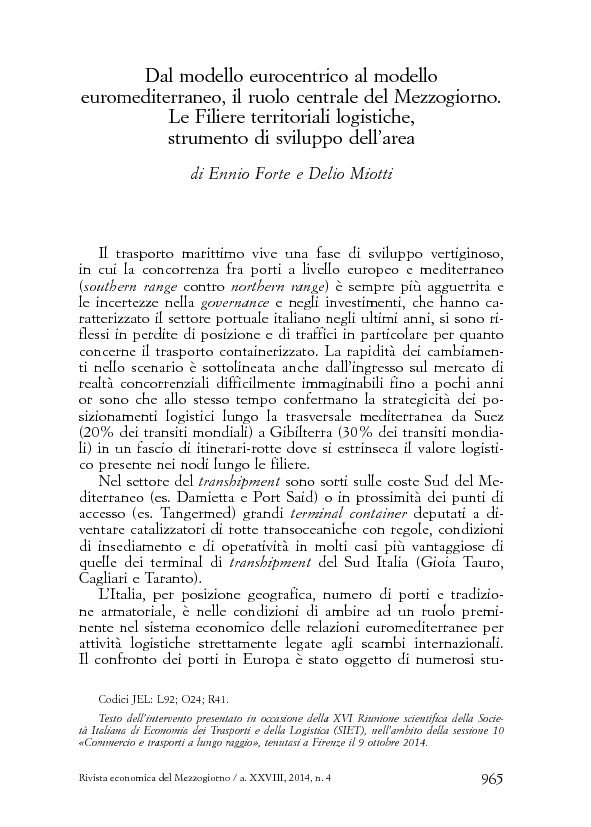