The aim of this paper is twofold. On the one hand, it wants to track in the study performed by Filangieri elements revealing his early institutionalist approach, especially by comparing the arguments advanced by Filangieri and those of Douglass North, one of the leaders of contemporary economic institutionalism. On the other hand, it aims to analyse the differences between the economic and social ups and downs that led to the Glorious Revolution in England in the XVII century and the events that led to the Neapolitan Republic in 1799 and the immediate reaffirmation of the Bourbon monarchy in the Kingdom of the Two Sicilies. The paper concludes that Filangieri, having deeply read the European society of the XVIII century and having proposed a strongly liberal-egalitarian interpretation, has important similarities with the contemporary school of economic institutionalism, showing, even today, an important and dramatically current meaning. 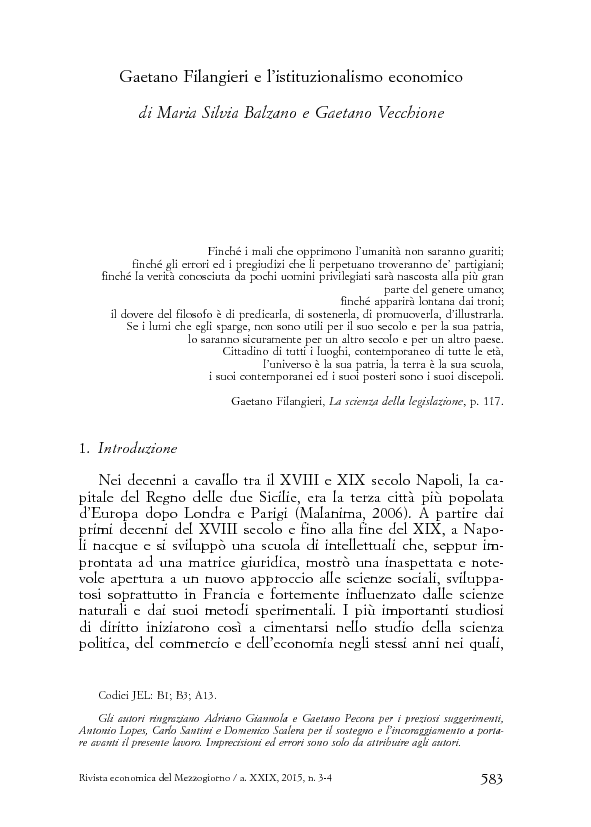