For over a decade, the E u has been developing its «Better regulation» system to ensure high-quality legislation, by the promotion of simplification, cost-efficiency and high quality standards in assessing and evaluating new legislation. The article scrutinises the new European electronic communications Code (Directive E u n. 2018/1972) where it represents a significant example of mentioned better regulation. The Code provides innovative rules governing surveillance and commitments on voluntary separation by a vertically integrated undertaking and co-investment agreements, introducing useful elements of «co-managed» and simplified regulation. A case study for its first application is the creation of the single national network in Italy, whose first step has been the establishment of FiberCop, the NewCo to which T im will transfer its secondary network. On this case, two different proceedings have been initiated by national regulatory and competition Authorities, both of them aiming to issue appropriate measures to protect fair competition in the relevant market. A proposal is developed to avoid overlaps and uncertainty with regard to applicable rules and requirements. 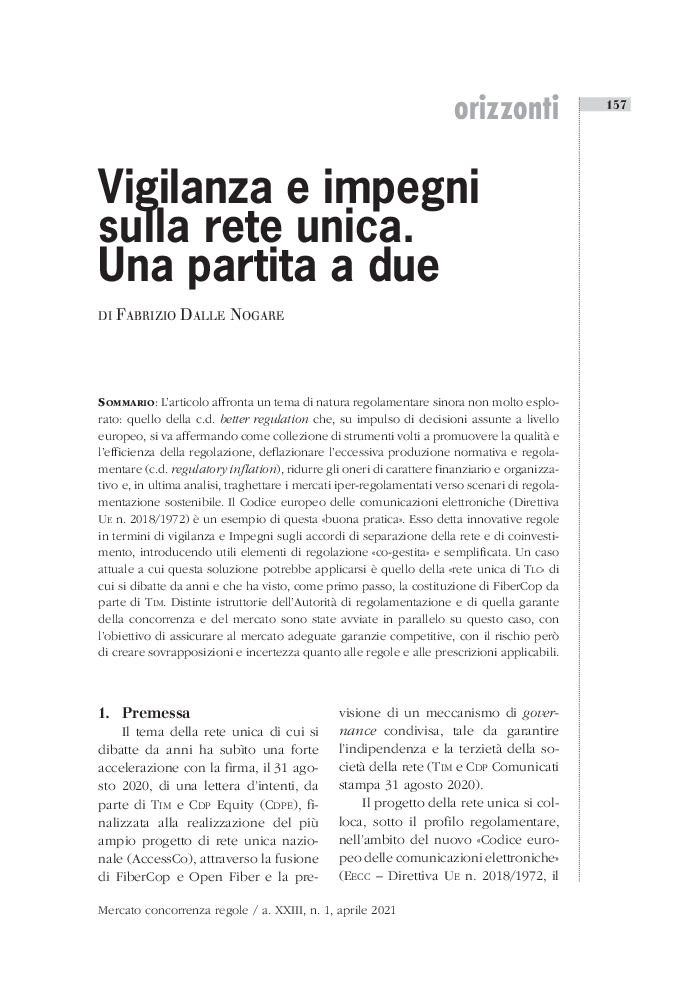