This article analyses the new power, introduced by Directive Ecn +, for competition authorities to set the so called negative priorities, that is to reject complaints on the ground that they are not considered to be a priority. Starting with the state of the art in this field, the article will discuss the practice at Eu­ropean and national level, as well as the possible impact with respect to the discretionthat the Competition Authorities currently enjoy in conducting proceedings. It will be noted that some concerns that emerged from the debate preceding the adoption of the Directive, such as the risks of a possible reduction in protection for complainants, could be partially resolved by the new discipline, considering the pro­ visions on judicial scrutiny and the standard of analysis required by E u courts. Finally, the article will focus on the implications on the activity of the Italian Authority, the opportunity to define and publish priority principles and the need for coordination on this issue between European competition authorities at E cn level. 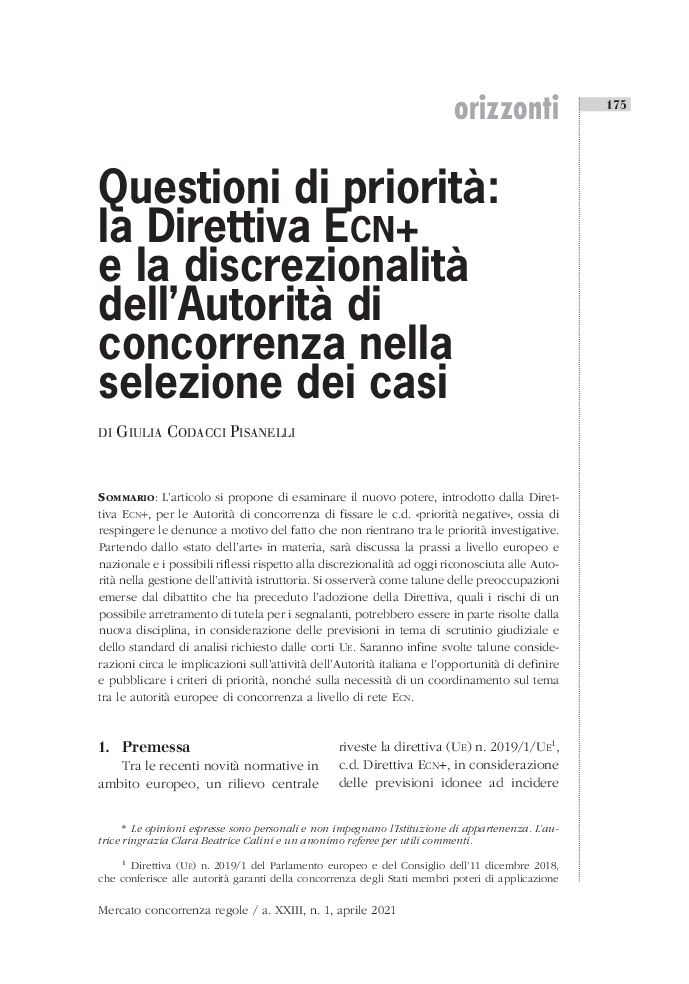