The research is located in the wake of studies on parallel trade – and of debate on the lawfulness of parallelism – analysing issues that qualitative evolution of the phenomenon and sometimes the regulation itself (for example in the pharmaceutical market) seed. The attention is focused on possible legal grounds, terms and conditions of lawfulness of the parallelist behavior, generally lawful, in the market. The examination must make allowance for behaviors that, like those of any economic operator, may be illegal or abusive under the species of unfair competition and unfair commercial practice, in the general system linking the two markets, official and parallel. In the absence of general rules appropriate to the case in point, the paper tries to seek by means of legal interpretation solutions aimed to protecting competition, in the prospect of balance in relationships between contracting parties or even indirectly connected and efficiency of the general system. The issue of a synergy between these targets is studied starting from the agri-food market on occasions when several contractual relationships affect simultaneously the efficiency of the single market (for example in the cases of supply chains) and the markets’ interaction, allowing integration solutions between balance and efficiency in any pathological cases of parallelism. 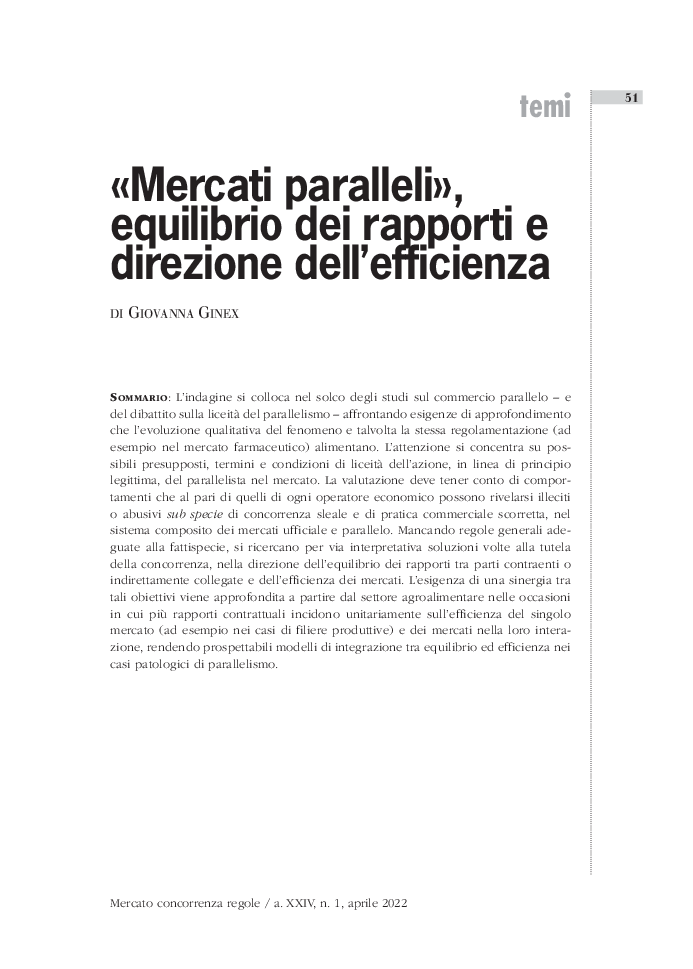