The paper examines some recent competitive and regulatory issues in the market for news. The starting point is the development of news online which has deepened the crisis of the press. In this context, the reaction of publishers, which was manifested in almost all developed countries, represents the traditional response of incumbents in the face of a new technology. From the perspective of economic analysis Search Engines do not belong to the so called two sided platforms, with indirect network effects: the fact that there are many SE, even though Google has a high market share, obviously in a generic sense and not for antitrust purposes, in the various countries, leads to the conclusion that the differentiation between the SE plays a role and that the indirect network effect does not absorb everything. The Italian antitrust authority in May 2009 has opened an investigation for abuse of dominant position against Google. The proceeding then evolved with a presentation of the commitments by Google that provide the possibility for publishers to exclude their content from Google News without that «this choice leads to no effect on the inclusion of such content in the search for general Google»; moreover the commitments provide for the disclosure of the percentage of revenue sharing with the advertisers. We currently do not know the results of market testing and what is the conclusion of the proceedings. 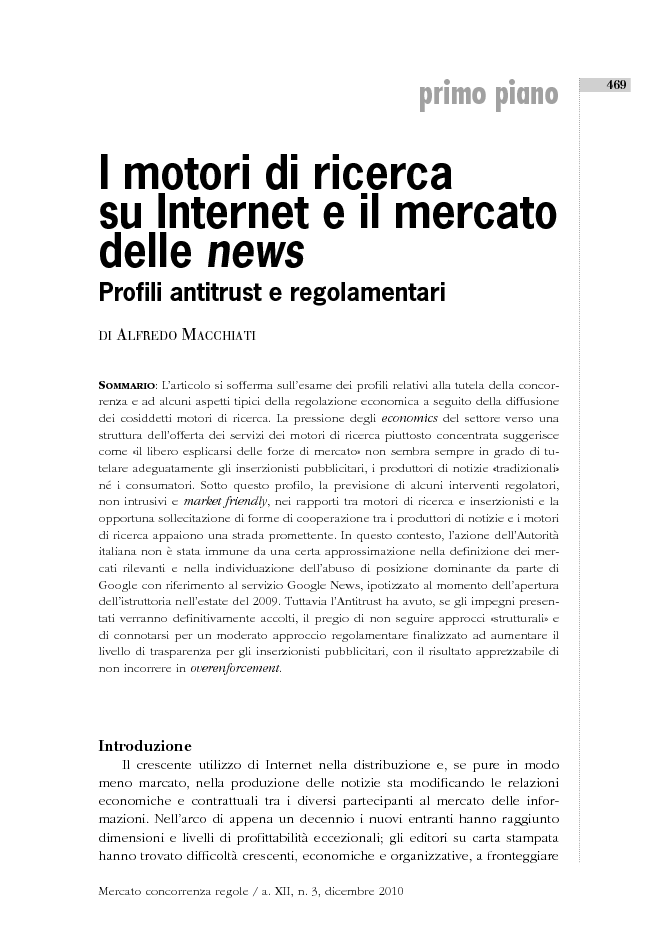