The Intel case, which started in 2009, when the European Commission imposed on Intel one of the highest fines ever imposed on a single company for abusing its dominant position in the «x86» computer chips market, is about to come to its end. The tip of the iceberg of a debate that has been going on for years appeared on the horizon on 20 October 2016, when the Advocate General Wahl released his own opinion suggesting to the Eu Court of Justice to set aside the judgment delivered by the General Court, which confirmed the Commission's decision. The Advocate General's findings have been welcomed as a turning point in the case and have brought to light certain issues arising from the General Court's judgment, which has been «accused» to be too much formalistic. This article, therefore, without aiming at being exhaustive, intends to briefly review the fundamental steps of the Intel case at first, then, waiting for the long-awaited final verdict of the Court of Justice, to enrich the existing vigorous debate, resuming the moot court tradition which started a few years ago, and trying to support Intel's arguments in light of this last significant element appeared within the «play». Acknowledging that any attempt to predict the future could be frustrated. 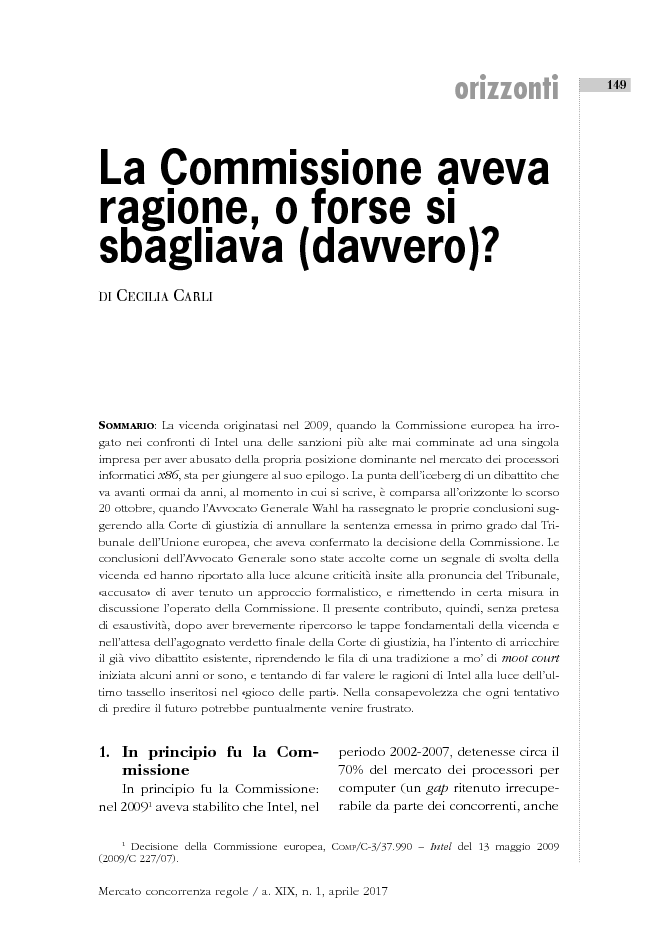