European citizenship as a novel normative status is the outcome of the 1992 Maastricht Treaty that shaped the European Community into a thicker European Union, though this novel status had already been anticipated by several EC Treaty provisions and by a generous case law issued by the European Court of Justice. After an initial expansion of rights connected to its definition and scope under ECJ jurisprudence, European citizenship has been increasingly subjected to a discipline of austerity and, as a result, has reverted back to its original economic function, one that is strictly tailored to the free circulation of market actors. This disciplinary reaction to a status that, in spite of its not too noble origins, seems to raise a claim to supranational participation and identity is a consequence of the deepening of the European Union’s neoliberal “economic constitutionµ. This article explores such an evolution and predicament and attempts to assess its democratic credentials from the perspective of a rich notion of citizen and politics, both very much entrenched in the Western political theory tradition. 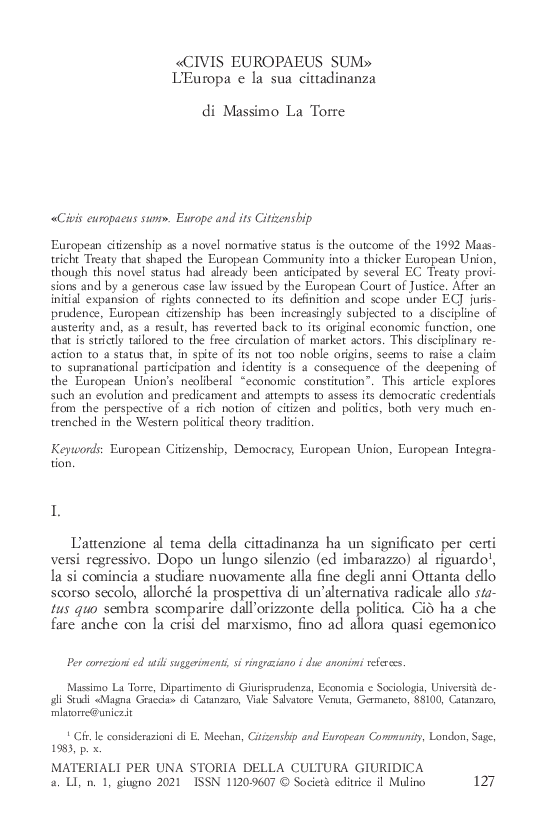