«Political representation» is undoubtedly one of the main topics around which Gerhard Leibholz's philosophical and public law writings are developed, together with the methodological critique against Kelsen and normative Positivism. Beyond historical developments, from the 1920s to the 1960s he devotes several essays and conferences to the evolution of the representatives/represented relation in the transition from the XIX century liberal-parliamentary State to the XX century mass-party State. The weakening of such a dialectic, the loss of autonomy by deputies, the dissolution of Repräsentation back into the pre-modern Vertretung through the imperative mandate and the ties binding elected representatives to political and parliamentary groups: all these elements prove that a «structural transformation» has occurred both in the idea and in the practice of democracy throughout the new century. This is also the main thesis emerging from the 1955 conference Der Gestalwandel der modernen Demokratie, a pivotal piece in Leibholz's decades-long meditation on democracy, on which the present contribution is specifically focused. 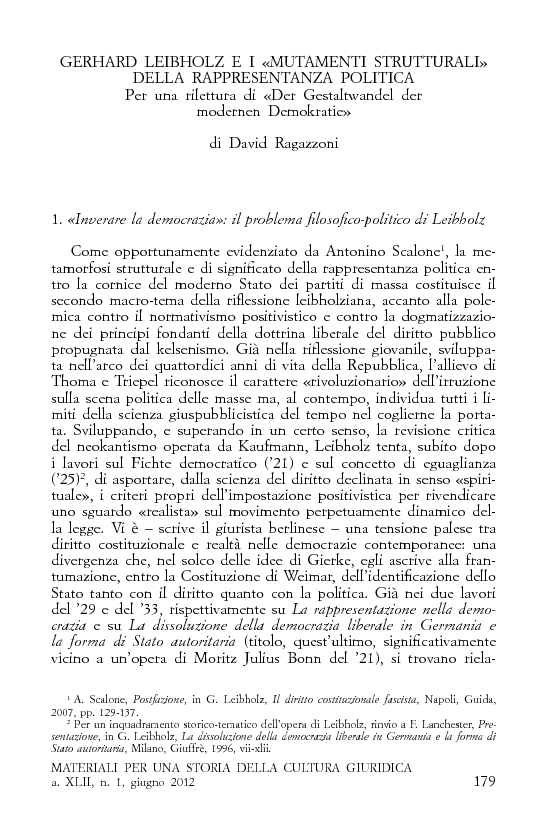