Vattel's Le droit des gens ou Principes de la loi naturelle appliqués à la conduite et aux affaires des Nations et des Souverains was published in 1758. Its success was immediate. Historians defined the period between 1780 and 1790 as «The age of Vattel». In the XIX century Vattel's treaty on the law of nations was quoted by tribunals, in speeches before legislative assemblies, and the correspondence of executive officials. It was also used as the manual of the student, the reference work of the statesman and the text from which political philosophers drew inspiration. The aim of this paper is to study, with a comparative method, how Vattel's Le droit des gens was received in the 19th century, particularly regarding its translations, multiple editions and different comments about it. 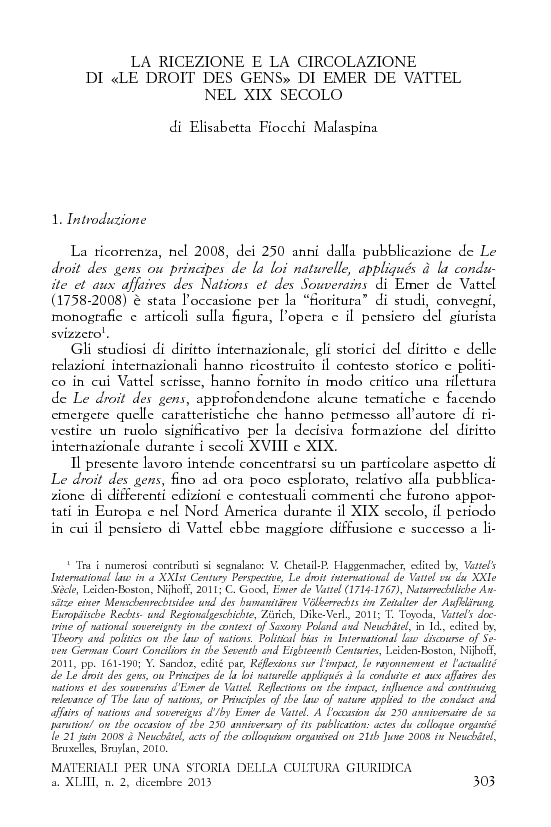