The book of J.J. Bachofen, Das Mutterrecht (1861) should be read within the legal ethnological frame of the second half of the nineteenth century, because in a short period of time, other works were published which deal with the origin of ancient civilizations, such as Ancient Law (1861) by the English lawyer H. Sumner Maine, Primitive Marriage (1865) by the Scotsman J.F. McLennan, Systems of Consanguinity and Affinity of the Human Family (1871) and Ancient Society (1877) by the American lawyer L. Morgan. The historicist conception, from Savigny onwards, influenced the law, with the result of a greater interest in its genesis also in non-western cultures. 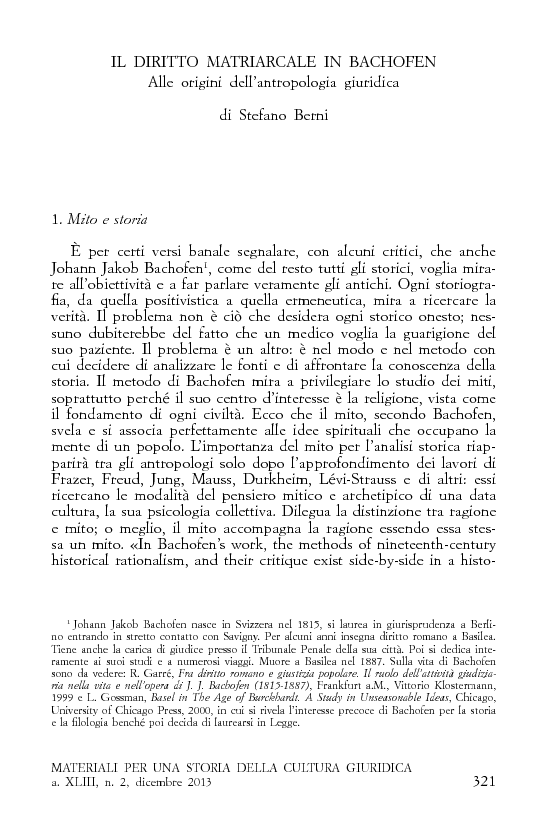