This paper suggests that in order to grasp the meaning of legal sentences two distinctions (resulting in as many ambiguities) must be considered. The first one is the traditionally recognized distinction between descriptive and prescriptive uses of language, and leads to the distinction between norms and norm propositions. The second one is the distinction, usually neglected or poorly considered, concerning the contexts of utterance, and leads to sorting out internal and external interpretations of legal sentences. Considering these two distinctions, four different interpretations of legal sentences are presented, which allow for a better understanding of the legal discourse; specifically, by showing how the same sentences can be used to express different things, for example when it comes to statements of "legal science", or utterances of a judge or a legislator or even a lay person. 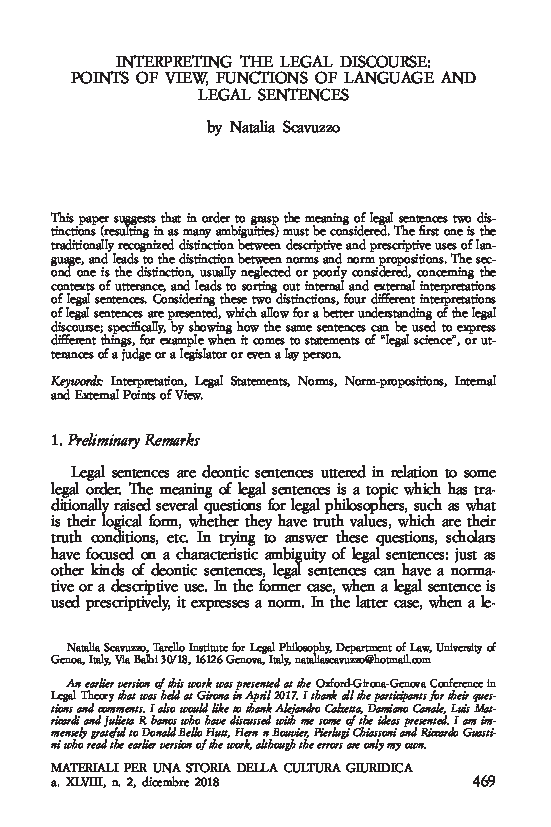