In studies on liberalism, both international and Italian, two important contributions are due to Giovanni Leghissa: the book Neoliberalismo. Un'introduzione critica (2012), which distinguishes in a clear way neoliberalism from liberalism, and the monographic number of online magazine Philosophy Kitchen, directed by him, aimed at rebuilding various strands of Italian liberal tradition. In the footsteps of the book, the first section tries to bring order in the relationship between liberalism and neoliberalism. The second one, then, selects among the topics discussed by the monographic number, three particularly relevant issues for the reconstruction of Italian liberalism: elitism, liberismo and liberalsocialism. The third section, finally, proposes to add to the elements of Italian liberalism selected in the second one a fourth characteristic element that I call "constitutional liberalism". 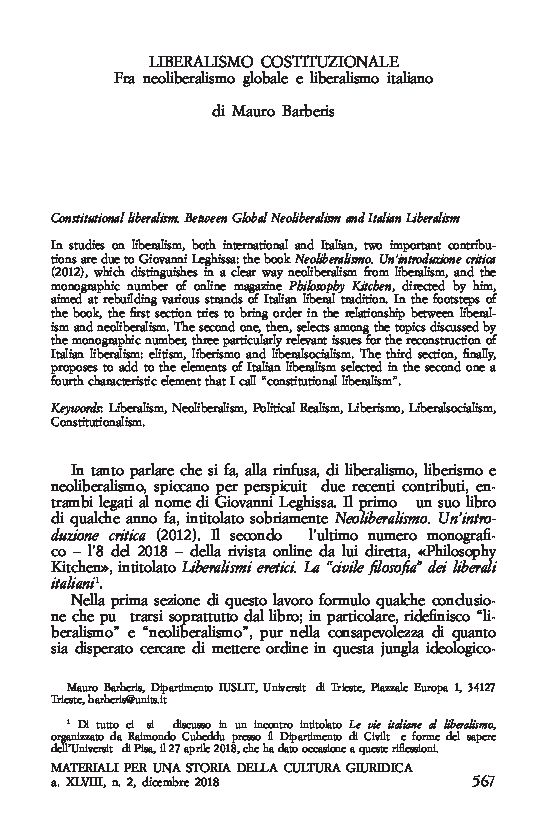