The paper intends to affirm that even theorists of complex philosophical systems, such as Kant and Hegel, have expressed forms of reductionism. This emerges both from the Kantian conception of the law as mere legal conformity which tends to protect the economic-individual rights of freedom and property, and from the Hegelian conception of the law as a private and abstract determination of the immediate will, inferior to the substantial will that culminates in the ethicality of the political State. These are paradigmatic expressions of juridical reductionism that has persisted between various events, historical no less than doctrinal, up to postmodernity. Beginning with Kant and Hegel, there is in fact the gradual consolidation of two prevalent models of law, both linked to the rise of the bourgeoisie. The reductionist model attributable to Kant has offered the most remarkable theoretical justification of the functionality of the law to the needs of the economy and individual interests, while the reductionist model ascribable to Hegel has provided the greatest speculative reasoning of the subordination of law, understood as abstract expression of legal justice, to the aims of politics and the State. 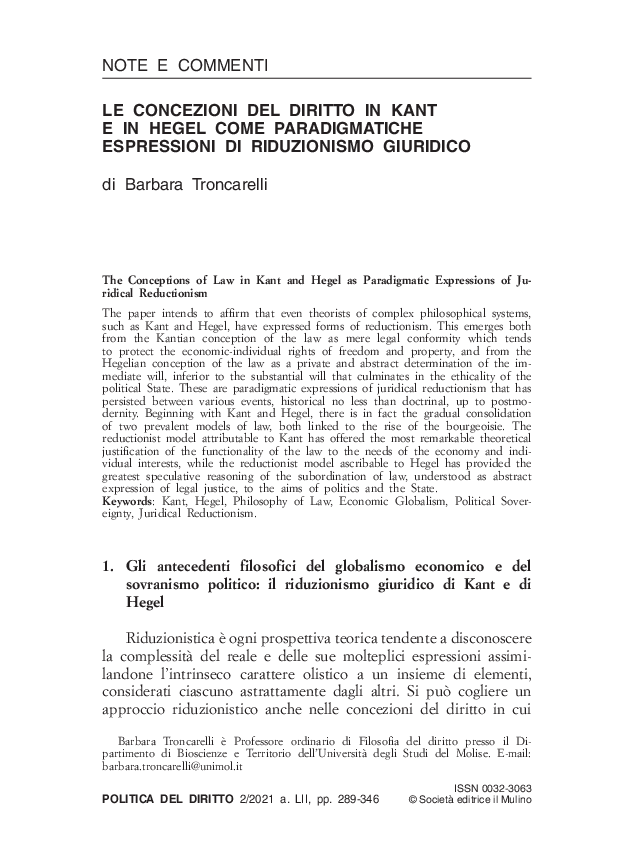