This investigation is about law creativity and it proposes a conceivable criterion with the aim to contain its force. It starts from some theoretical premises related to the ratio of criminal legality outlined by the Italian Constitution, the ontologically analogical nature of any interpretative activity, the legitimateness of any possible different interpretative results of a law. The result of the investigation proposes a useful hypothesis to control the creative force of the 'living law', based on two moments. The first one consists in imposing the judge a univocal direction to orient the hermeneutical result deontologically, that is the favor rei. The second moment is given by the imposition of the judge, de lege ferenda, a particular motivational obligation, consisting of the necessity to make the reasons of implausibility of the favorable interpretative option explicit, in case the judge does not intend to support it. 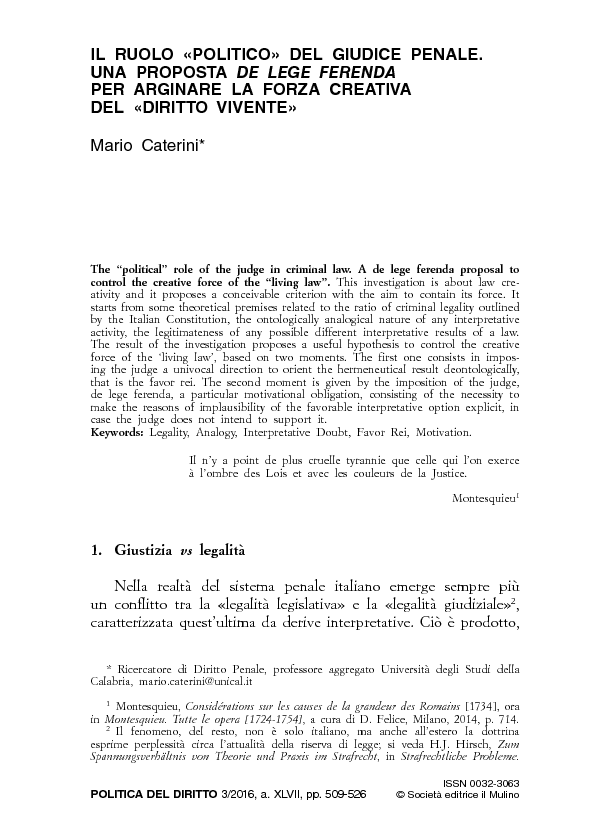