Business as usual in European private law after the crisis? By no means, this essay argues, private law scholars should become aware that their discipline is deeply affected, albeit more indirectly than in particular in constitutional law, labour law and social law. The crisis has brought to the fore design failure of theory and practice which had remained latent for decades, the most significant substantive being the equation of legal progress with ever more uniformity of formerly national legal orders. The analytical basis of this error is the neglect of the political dimension of markets and their functioning which is reconstructed with the help of Karl Polanyi's economic sociology. In such perspectives it becomes apparent that the commitment of European private law to market rationality was a Utopian project, which is at odds with the social functions and normative credentials of private law in constitutional democracies. These tensions are aggravating after the quest for competitiveness has become Europe's new "leitmotif" which is being pursued rigorously through authoritarian austerity politics against Europe's South. To what degree these new modes of economic governance require formal legal changes in the realms of private law, is of little avail. They damage the societal infrastructures of post-formalist legal ordering. The essay also submits a Polonyi-inspired counter-vision of market integration and pleads for a defense of social accomplishments through law against authoritarian interventions. 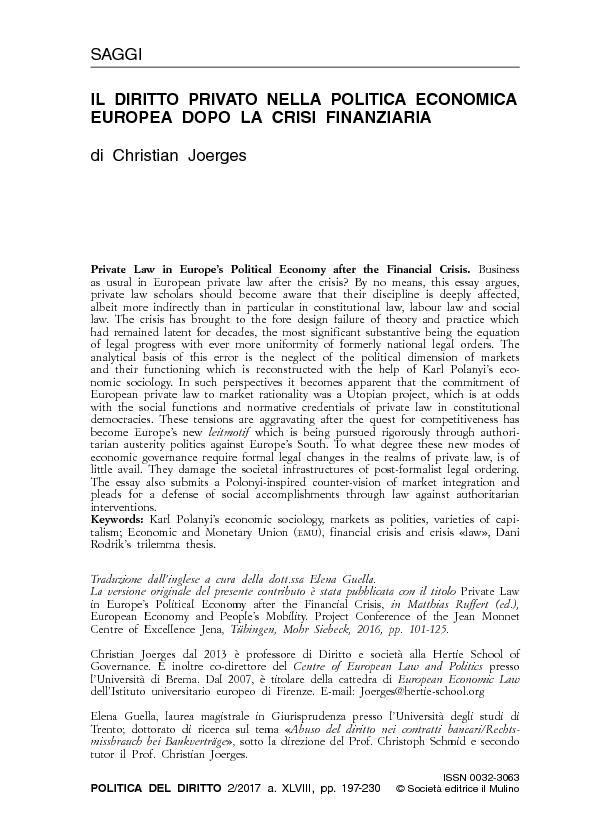