The text analyzes the projection of Stefano Rodotà among Spanish civilists, noting that the first Rodotà, that of the sixties, which represents "Le fonti di integrazione del contratto", can be, paradoxically, much more novel for them. Among the Spanish scholars of civil law, Rodotà would have been projected fundamentally far removed from him, always a jurist but invested with his role as a broad spectrum intellectual, committed to the problems of his time. 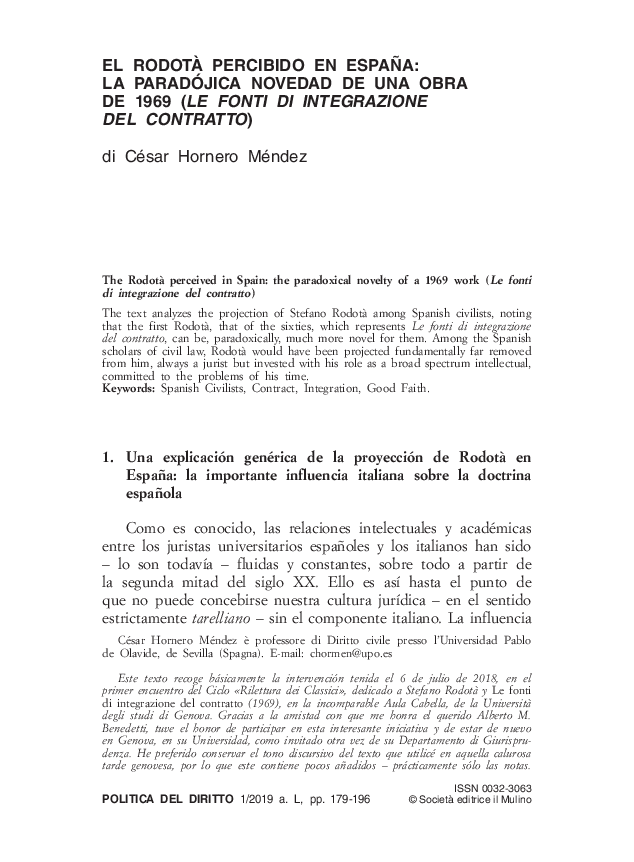