The jurisprudence has highlighted the constitutional implications of the competition enforcement, as a competence of the State prevailing over regional ones. However, the economic crisis and fears of out-control globalization have diminished the collective confidence in competition as a factor of economic growth. The Italian Competition Authority has been relegated back to the position of an ordinary administration by the Constitutional Court. Moreover, national governments aim to regain a leading role in crucial choices for economic development, e.g. regarding the control of mergers. At the same time, the debate on the goals of competition law has reopened, after a period of unchallenged domination of efficiency as a paradigm. More attention should be paid to the long-term consequences of the concentration of economic power, even if justified by productive efficiency and immediate benefits for consumers. 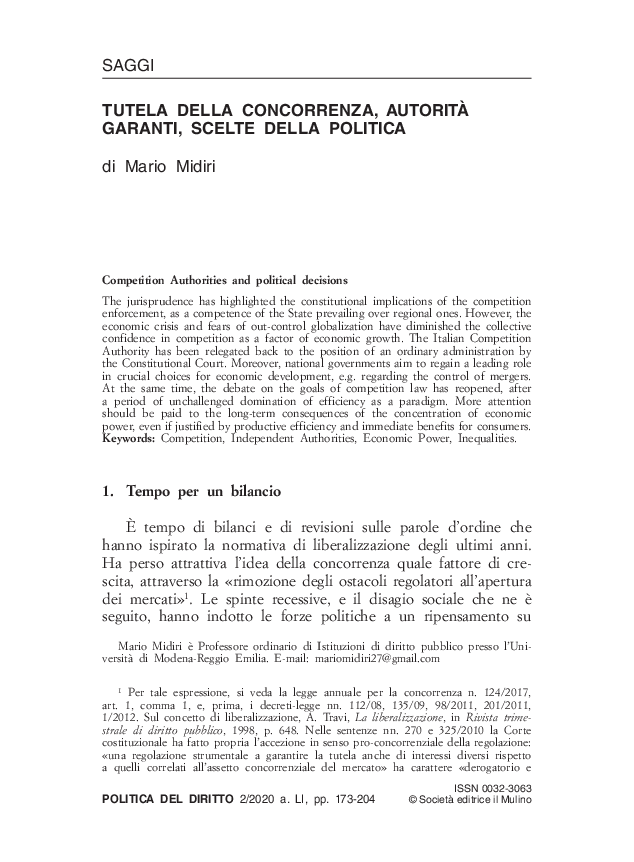