The essay replies to Otto Pfersmann’s criticism towards Vittorio Emanuele Orlando and his thought on the methodology of constitutional and public law. This criticism is partially correct but draws a somewhat limited image of its target. It also leaves in the shade the connections between this line of thought and other long-lasting trends in Italian legal and philosophical culture. Ultimately, however, the normativistic viewpoint endorsed by Pfersmann can only clash with the historistic doctrine upheld by Orlando and others. At any rate, today it is no longer possible to simply reuse Orlando’s general theories in their entirety, but his work still offers some useful inspiration in a time of changes as great as those witnessed by Orlando, albeit less violent and dramatic. 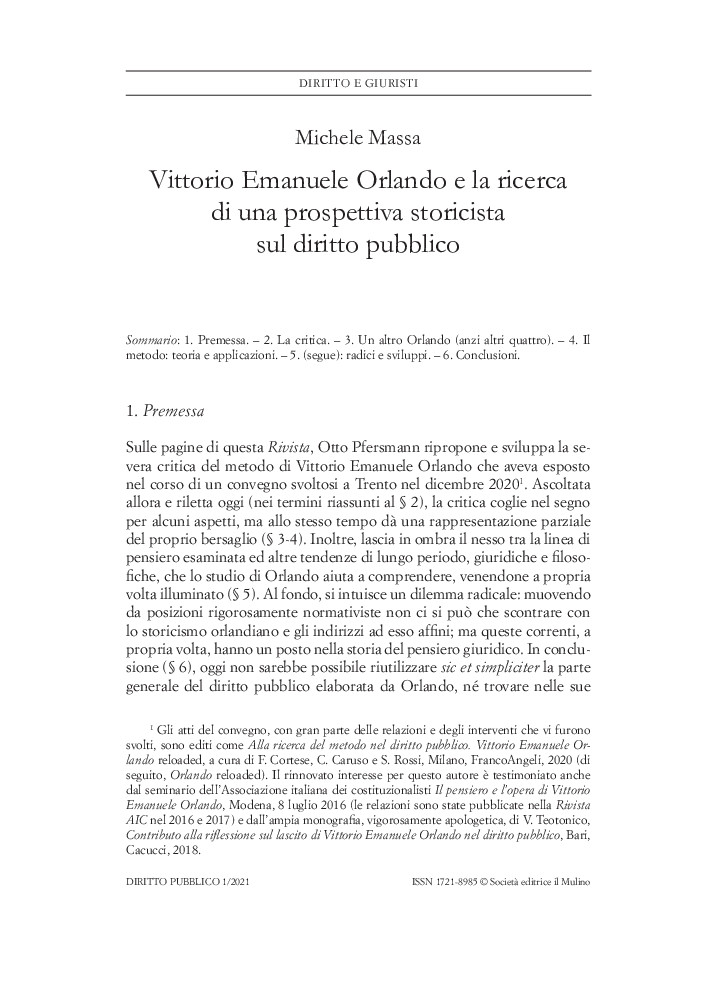