The global hegemony of private powers constituted as transnational corporate groups has its roots in the history of nineteenth century US corporations. Their market power, limited for a while by the institutions established during the New Deal, no longer encounters obstacles after the collapse of Bretton Woods. The essay addresses the private powers’ development. This process is examined, analysing the debate between liberals and liberalists and then between keynesians and neoliberals, up to the final affirmation of the neoliberal thought. Eventually, the essay focuses on the role of the economic analysis of law. This doctrine has played a pivotal role in the rise of the corporations thanks to the macro-paradigm of private autonomy and property rights. Globalization has fostered the economic relevance of private sources of law, so as to weaken the states’ law and causing the reduction of the idea of the market to the liberty of contract. Nowadays, as a consequence, private metamarkets, developed by telematic platforms and owned by big corporations, replaced traditional markets. 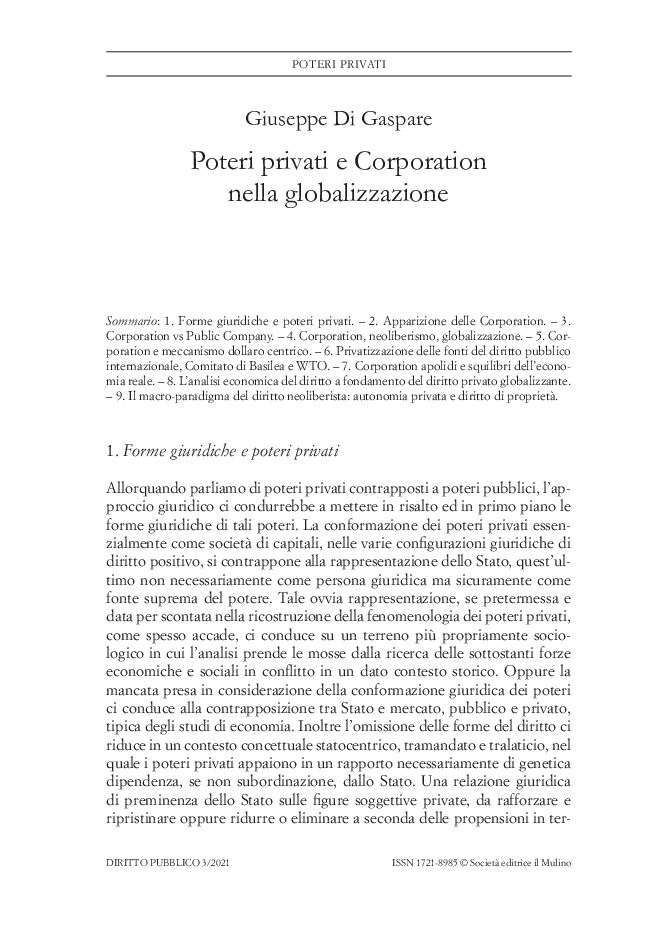