The role played by important private powers in the current global scenario is the result of a long season of privatizations, when many powers and abilities were transferred in private hands, without regard for different sectors and rights issues. At the same time, it is the result of many direct private initiatives, during the globalization process, to create new rules, standards and regulations. So, a galaxy of private actors could take part in building a sort of legal infrastructure for different needs and rights of the globalized world, but frequently tailored on their own interests. The article focuses critically mainly on two aspects of those private global powers: their invisibility, that leaves in the shadow the role they play in issue of public interest, and the infrastructural character of many rules and regulations, that makes them untouchable even when they reveal all their faults 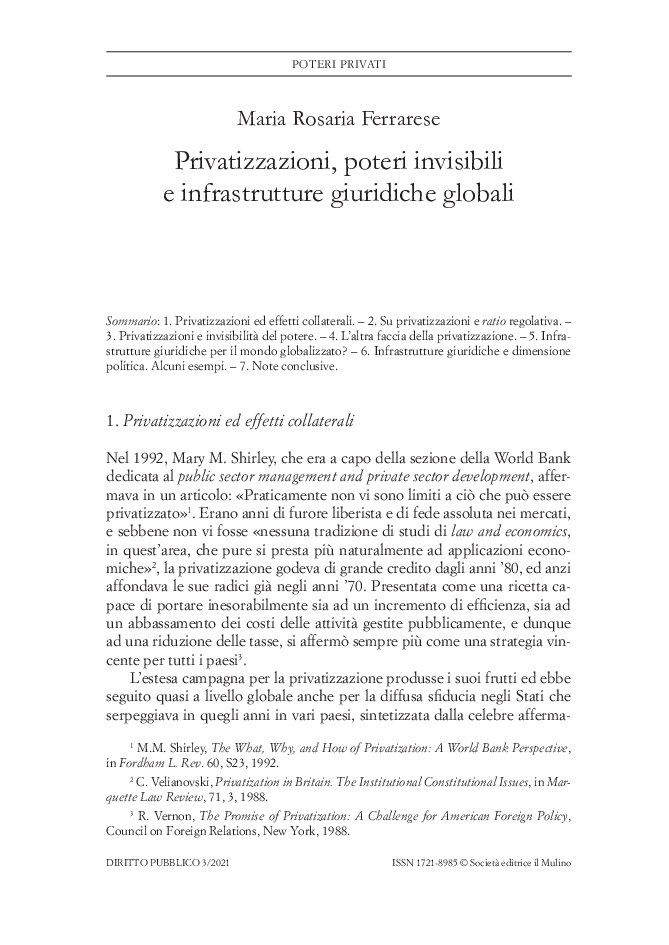