The first intention of the contribution is to reconstruct the normative framework within which is placed the recent Law by Decree n. 479 of 2004, which introduced into Italy a regime of coexistence of conventional, biological and transgenic types of agriculture. Certain fundamental aspects emerge from Community law regarding genetically-modified organisms, which is highly complex in its articulations: the need for supranational regulation, the 'case-by-case' approach authorised for transgenic products, the inadmissibility of across-the-board provisions prohibiting all genetically-modified organisms and the precautionary approach that allows precluding the introduction of genetically-modified organisms into the environment and commerce in the event of new scientific evidence regarding the consequences of such uses on human health and the ecosystem. Many Italian regional legislators have taken action in the matter by either approving regional laws characterised by measures designed to discourage the use of genetically-modified organisms or even wholesale prohibitions, whose conformity with the principles of Community law is highly doubtful in light of the most recent jurisprudence of the Commission and the Court of Justice concerning general restrictions on genetically-modified organisms and the principle of coexistence. Law by Decree n. 479 of 2004 is in pursuance of just this principle of required coexistence, which in turn raises some interesting issues in terms of constitutional law. First of all, the constitutional presuppositions regarding extraordinary necessity and urgency that would justify the resort to a law by decree seem to be completely lacking; in addition, it seems that the scope of the decree infringes upon the province of the Regions, the measure essentially regarding the matter of agriculture. It does not in fact seem easy to categorise the content of the law by decree as being within the scope of matters of exclusively national competence, given that it essentially has as its object the technical/agricultural aspects of the implementation of basic Community principles in the matter of coexistence. A way to categorise the measure as being within the province of national legislation might be to depict it as an instrument for the protection of the 'unitary demands' that constitutional jurisprudence affirms (beginning with Ruling n. 303 of 2003) for purposes of legitimate 'slipping' in the matter of competence, including in the direction of 'higher' authority; obviously, in this case the measure itself would not be able to avoid close scrutiny in terms of proportionality and adequacy, in addition to a verification of the existence of instruments for linking national and regional competencies. Under this profile, further doubts are raised by the fact that the law by decree provides for a further national/sub-national source of law (the ministerial decree) for the regulation of the matter prior to the action of the regional legislatures. Finally, the law by decree provides for a generalised moratorium on the use of genetically-modified organisms throughout the regional territory until the approval of all the regional plans on coexistence. This measure, too, hardly seems in conformity with the principles of Community law in the matter of genetically-modified organisms, especially in relation to the authorised 'case-by-case' approach. 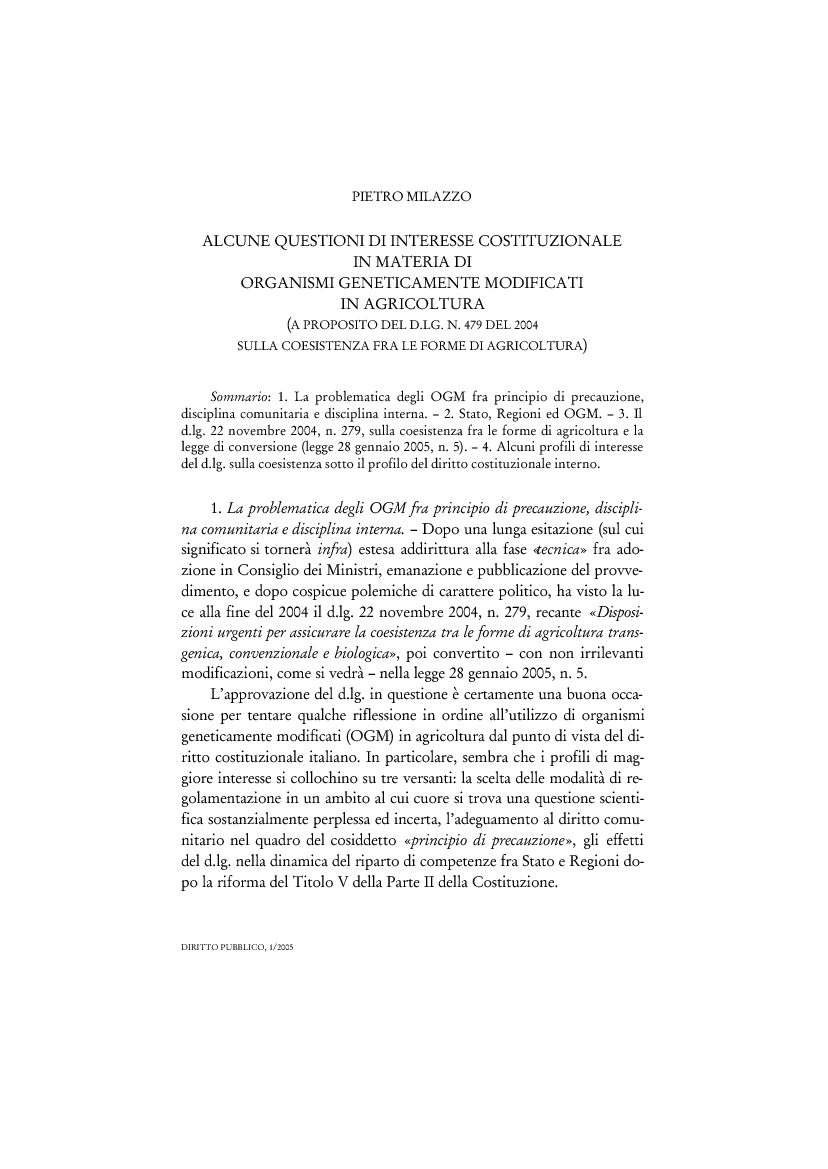