The proposed revision of the Special Statute of the Region of Sicily, submitted to the Senate, in the part which, as an amendment to Art. 23 currently in force, provides that the sections of the Council of Administrative Justice shall be composed, among others, by members appointed by the President of the Region (for that matter, without establishing the proportion of such members), and that the chief justices of sections of the State Audit Court and of the Council of Administrative Justice shall be appointed in agreement with the governments of the State and Region, conflicts with the principles - laid down by Title V in the second part of the Constitution, also applicable to the Special Regions - of the exclusive prerogative of the State in the matter of administrative justice and the guarantee of basic levels of performance concerning civil and social rights (Art. 117, par. 2 of the Constitution). Moreover, it conflicts with the principles of the independence, third-party status and impartiality of judges, guaranteed by Art. 108, par. 2 of the Constitution, which establishes that the independence of special judges shall be assured by the law, as well as by Art. 111, paragraphs 1 and 2 (fair trial). These principles entail that administrative jurisdiction must be structured in such a way as to guarantee the extraneousness of the judges vis-à-vis the public administration, which is a necessary part of the judgement. The bill instead would make it possible for one of the potential interested parties (the Region and local government authorities) to exercise appreciable influence on the choice of the persons called on to judge, and impinges on the constitutional guarantee of the jurisdictional protection of legitimate rights and interests (Art. 24 of the Constitution). 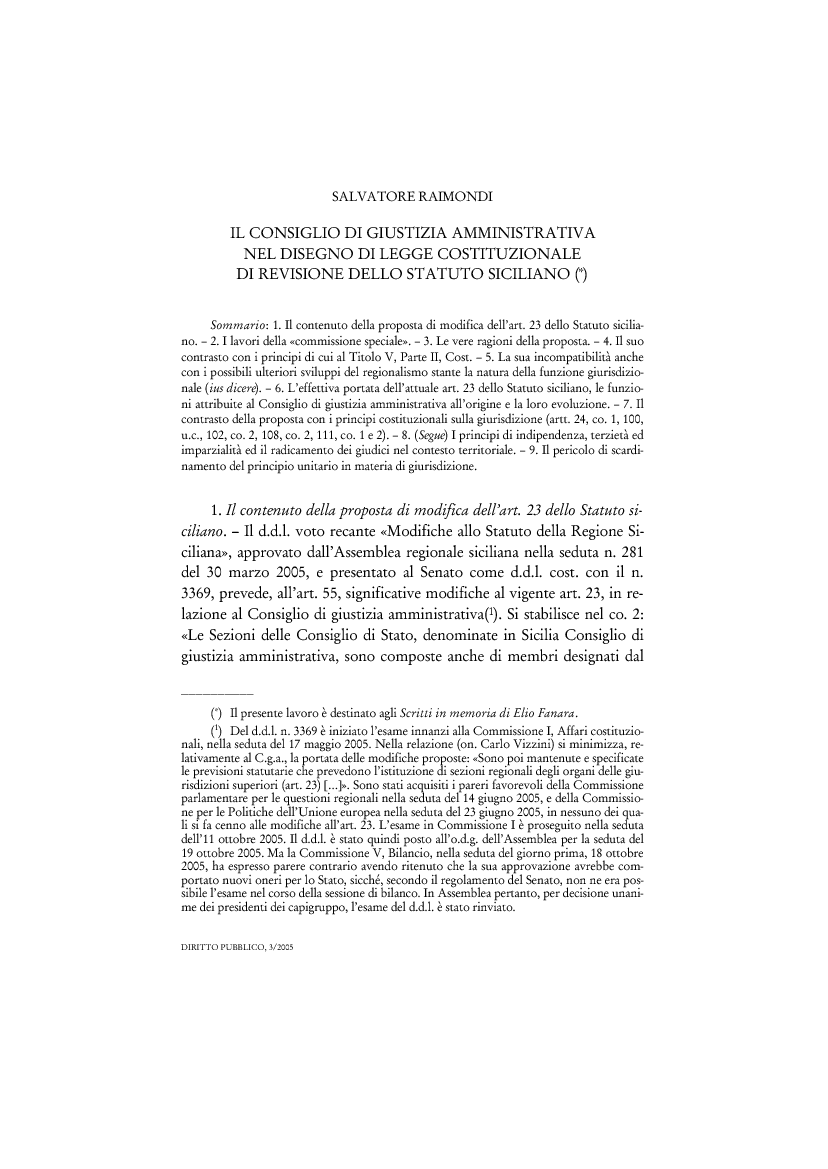