Following the constitutional reform of 2001, the new statutes of the (ordinary) regions ought to offer a broadly renewed institutional frame of reference, including with respect to the definition of the regional administrative role and the consequent choices in terms of organisation, with a correct application of the principles pertaining to the arrangement of the administrative functions of the system pursuant to Art. 118 of the Constitution. In this sense, without ambiguity, a model of allocation ought to be favoured at last that is decentralised as much as possible in terms of administrative functions, valorising the local authorities and reserving to the regions only such planning functions as cannot be split up, co-ordination and higher administration, including with a drastic reduction of the instrumental apparatus and dependent bodies, often operating in fields prevalently within the sphere of the municipalities and provinces. But the statute texts approved to date remain largely anchored to a pronounced centralism, with an improper regional administrative role and an evident imbalance in favour of the regions, to which must be added the slight attention given to forms of relations, both procedural and structural, 'on equal terms' between the regions and local autonomous authorities. 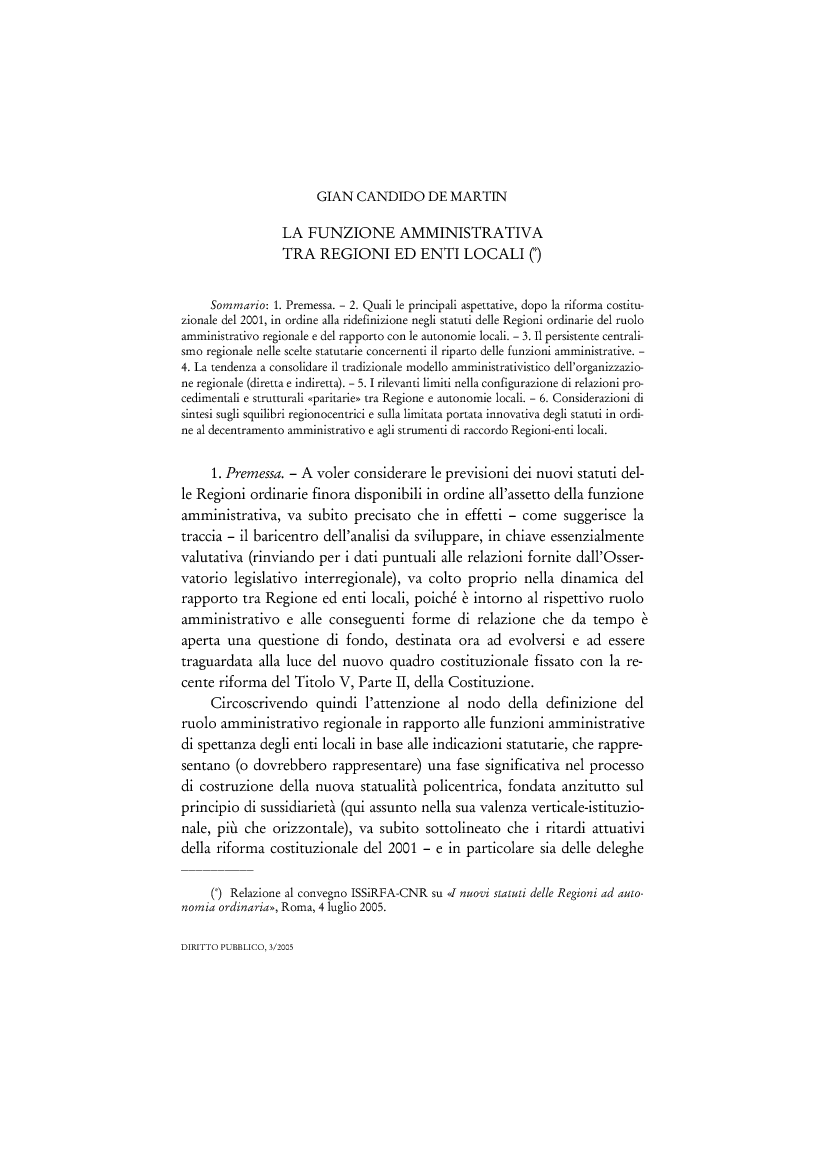