In a recent essay, Giuseppe Ugo Rescigno maintains that even today legal and constitutional interpretation are forced to come to grips with a 'residue' of juridical positivism; this residue consists of the bond that the normative texts exercise on the interpreters, which bond sometimes translates into the impossibility of manipulating the sense thereof, inasmuch as they are clear and immediately comprehensible. This theory is rejected by all those (such as Riccardo Guastini) who instead maintain that the non-interpretation of the texts is impossible: for them, there is no such thing as the direct comprehension of a text, because there is no understanding without interpreting, which is to say that for them interpretation and only interpretation ever exist. In another recent essay, written by some researchers of the "Astrid" association, a course to be followed in order to be able to determine the "essential levels of performances pertaining to civil and social rights" is laid out in great detail, a matter that the 2001 reform of the Constitution of Italy has indicated as belonging exclusively to the State: thus, tables and definitions are offered in order to make the discipline of such levels effective. Comparing the latter essay with Rescigno's, a datum emerges. The work of prearranging normative texts, all aimed at the best possible drafting, seems to prove the validity of Rescigno's thesis: if the bond that juridical texts are able to exercise in regards of their interpreters did not exist, the whole work of the drafting of the texts would be deprived of a logical (even before legal) basis, which instead finds its only possible justification precisely in the certainty of the existence of that bond. 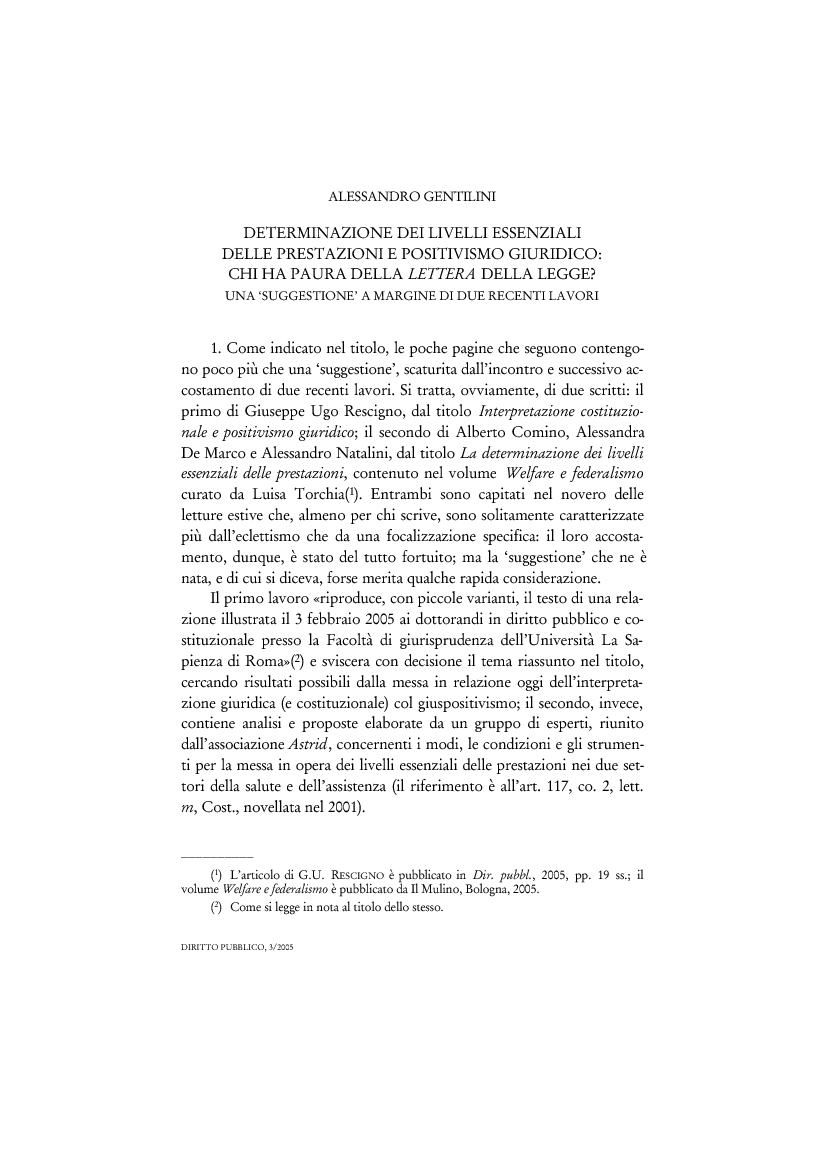