The article reconstructs the thought of Leopoldo Elia on unwritten law (customs, conventions, precedents and conditioning situations), set out in his first monograph on "Continuity in the Functioning of Constitutional Organs" (1958). After having highlighted the roles that continuity assumes in the author's thought (guarantee that the constitution in a formal sense and the constitution in a material sense correspond to one another and prerequisite for the realisation of a coherent political direction), and having described the two concepts of continuity singled out by Elia (in both a formal and substantive sense), the work dwells on the reconstruction of the principal institution of continuity: acting as a surrogate. The background against which the reflection develops thus outlined, the article deals with the parts of the book on continuity that are able to contribute to illuminating the role of the historical/political context in Elia's work method, in particular the identification of the political/constitutional assumptions that explain the recourse to surrogates (the will to obviate the inactivity of a certain organ and the fungibility of persons) and the observations on the role that political parties occupy in the system (understood as a datum to be taken up per se). The brief conclusive remarks try to give a more general scope to the observations made, pointing out the nexus between law and knowledge of reality, which Elia considers necessary for ensuring the taking root in society of the written system (and, in particular, of the Constitution). 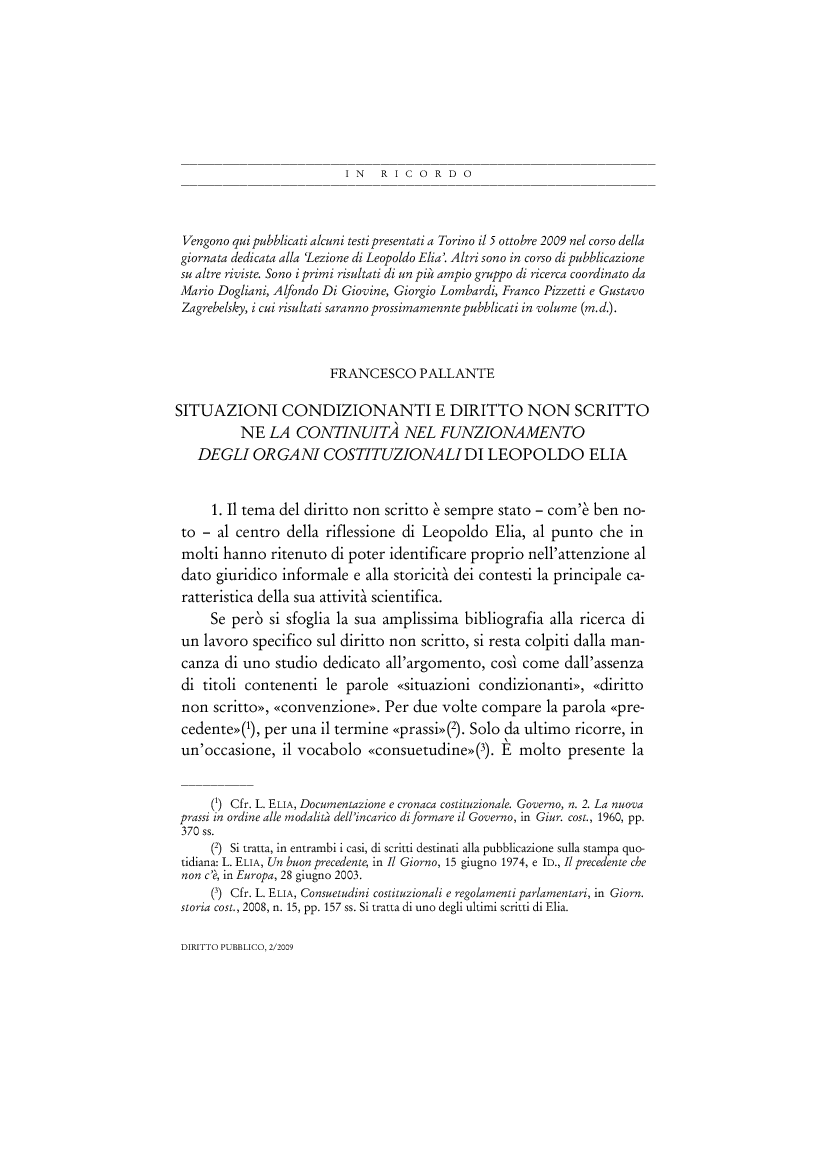