The phrase pronounced by Leopoldo Elia in 1985, in his last press conference as Chief Justice of the Constitutional Court - «the Court has wanted to stay in its place, without renunciations but also without giving in to temptations to act as a surrogate for others» - leads the author of the writing to investigated what 'the place' of constitutional justice was for Elia. The study of his writings on the matter makes it possible to identify two principal functions that he recognises to be proper to constitutional justice ("rectius" of constitutional justice as it has taken place historically in Italy): 1) "remedium omnipotentiae" or constitutional justice as a remedy against temptations of the omnipotence of political power, through the review and eventual annulment of the acts with which it expresses itself; 2) "remedium impotentiae" or constitutional justice as a remedy against the inactivity of Parliament in the implementation of the social project contained in the Constitution, making up for the legislator with jurisprudence that is not merely 'amputative' but also possibly "creative" (the so-called 'self-applicative sentences'), albeit pursuing the unchangeable purpose of "adaequatio" to the Constitution. The study concludes with a reflection on the limits that must guide the Court in its being a remedy against the omnipotence ('without renunciations') and against the impotence («without giving in to temptations to act as a surrogate for others») of political power, reaching the conviction that for Elia the place of constitutional justice is not a fixed place with certain boundaries but - taking up the metaphor he often used of the movement of the tides - a space in constant movement with variable boundaries, more or less extensive depending on the influence exercised by innumerable factors, predominant among them, like the moon on tides, the way in which the legislator performs his duties: whether in a competent, overbearing or impotent manner. 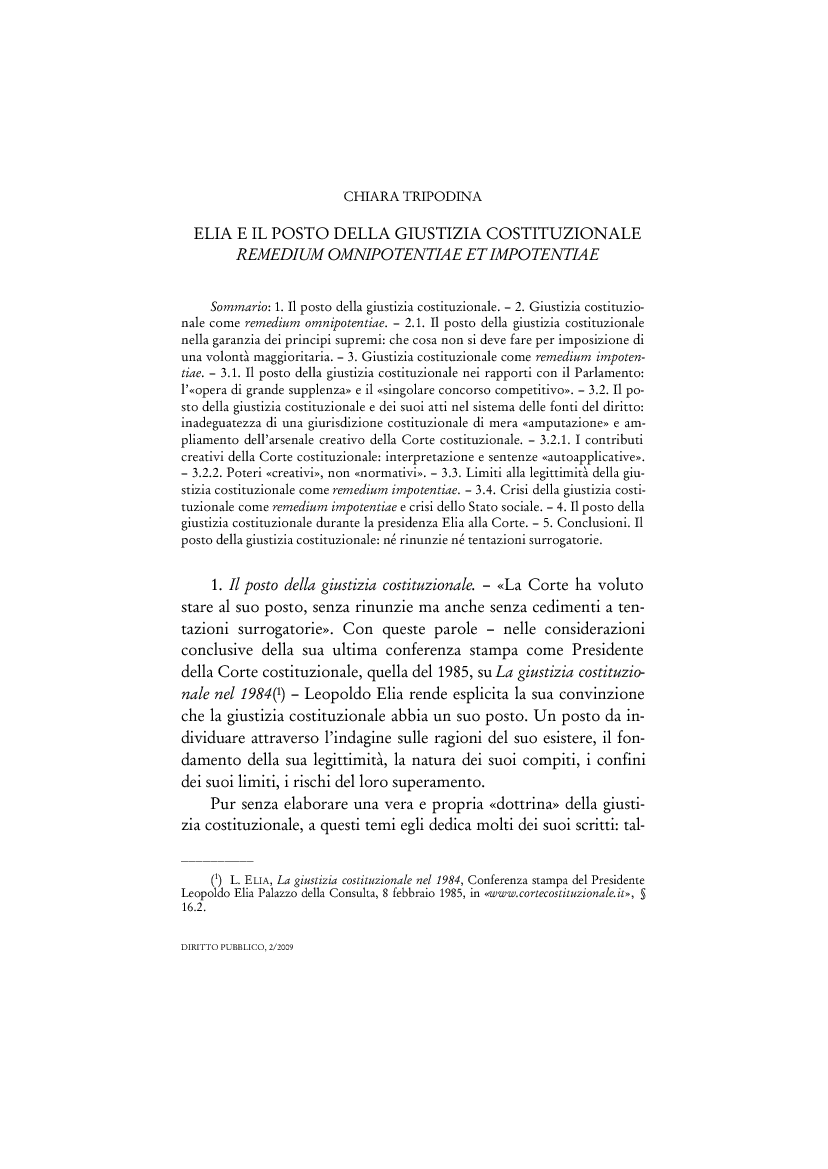