The study compares the solutions admitted in some foreign systems with those adopted by the so-called Frattini law (Law No. 215/04). The analysis of the instruments contained in the different legal systems in fact can be functional to the identification of core principles and effective operational remedies beyond national borders, albeit with a proviso for the interpreter to 'place' the different models within their respective national contexts, each characterised by different legal traditions, institutional practices and 'cultural' sensibilities. Substantial differences in approach emerge in the way the matter is handled under the US system, based on a concrete and therefore "ex post" assessment of incompatible situations that crop up over time in the fulfillment of public office, in comparison with the European legal systems, instead mostly hinging on establishing incompatibility ahead of time in a general way and therefore "ex ante". The analysis goes on to evidence positive and negative features of Law No. 215/04. In particular, the content as regards the static aspects of incompatibility between government offices and other public and private offices is clear and rigorous. With respect to this profile, the Italian system is aligned with the other European systems, favouring, like them, the "ex ante" approach to the regulation of situations of potential conflict of interest. An opposite conclusion must be drawn instead with reference to the dynamic profile of conflict of interest. National regulation in fact reflects a vision of such conflict in concrete terms, attributing legal relevance only to acts able to bear specifically on the economic assets of the holder of government office. It instead rejects the idea that the mere mixing, even understood in the abstract, of the government office held and the economic and financial interest of the holder must be considered legally relevant. Moreover the existence of conflict of interest is subordinate to the occurrence of many binding conditions, which make the verification thereof nearly impossible. Finally, the enforcement mechanisms and the disciplinary apparatus appear woefully inadequate. Therefore, there seem to be all the presuppositions for the legislator to take up again Law No. 215/04, if not to redraft it in its entirety, at least to rectify its greatest limits and to strengthen its overall effectiveness. As for that, such limits have been confirmed in full by the first four years' experience in its application, to which the same watchdog authority overseeing competition and the market has called attention many times. 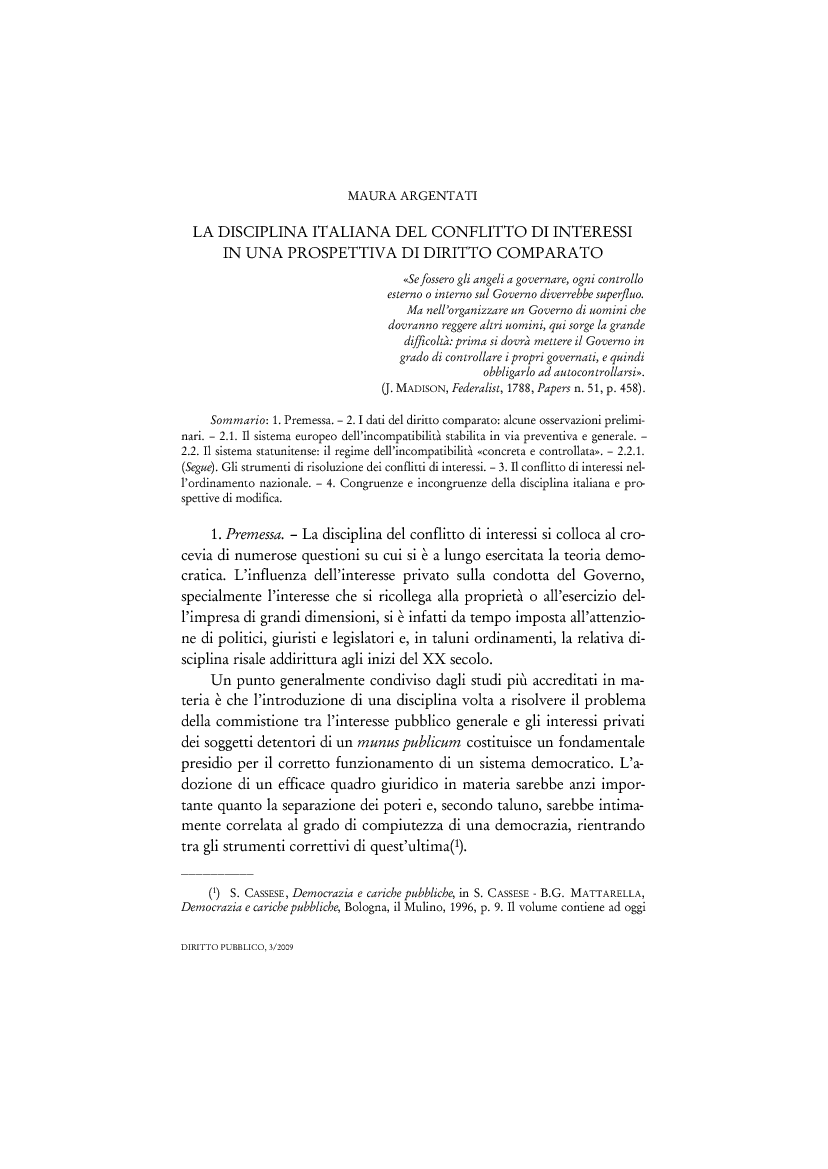