The theme of the fight against poverty and of the policies of social inclusion is the object of growing attention from scholars of various disciplines, obviously not only legal. On the plane of intervention policies, such attention grew in the twentieth century, with the spread of the principles of the Welfare State, which becomes a more pressing issue in times of economic crisis, such as the current one, marked by deep cuts in public spending. To what extent can the legislator back away from the concrete guarantee of rights (especially social) in order to cope with budgetary requirements? To what extent can the inactivity or delay of the legislator in the implementation of rights (especially social) be justified by weighing them against other values or interests? Different answers have been given to these questions, often tied to the presumed 'structure' of the specific right being considered - to the point that, in the ambit of social rights, it is preferred to distinguish between original (or unconditional) rights and derivative (or conditional) rights, depending on whether or not they presuppose an organization necessary and suitable for the supply of the service. The consequences of the distinction are well known and specifically tied to whether or not the right can be directly implemented vis-à-vis the opposite party. Now if it is true that in the implementation of social rights the an and quid can never be brought into question, the specific question that the author poses is: From the whole of the social rights provided for by our Constitution and in any case by the provisions that express the so-called principle of the Welfare State, it is possible to discern a duty of the public powers in the fight against poverty? In order to answer this question the author preliminarily deals with the definition of the notion of poverty, then going on to single out the constitutional provisions that can assume importance as input in the fight against the same. 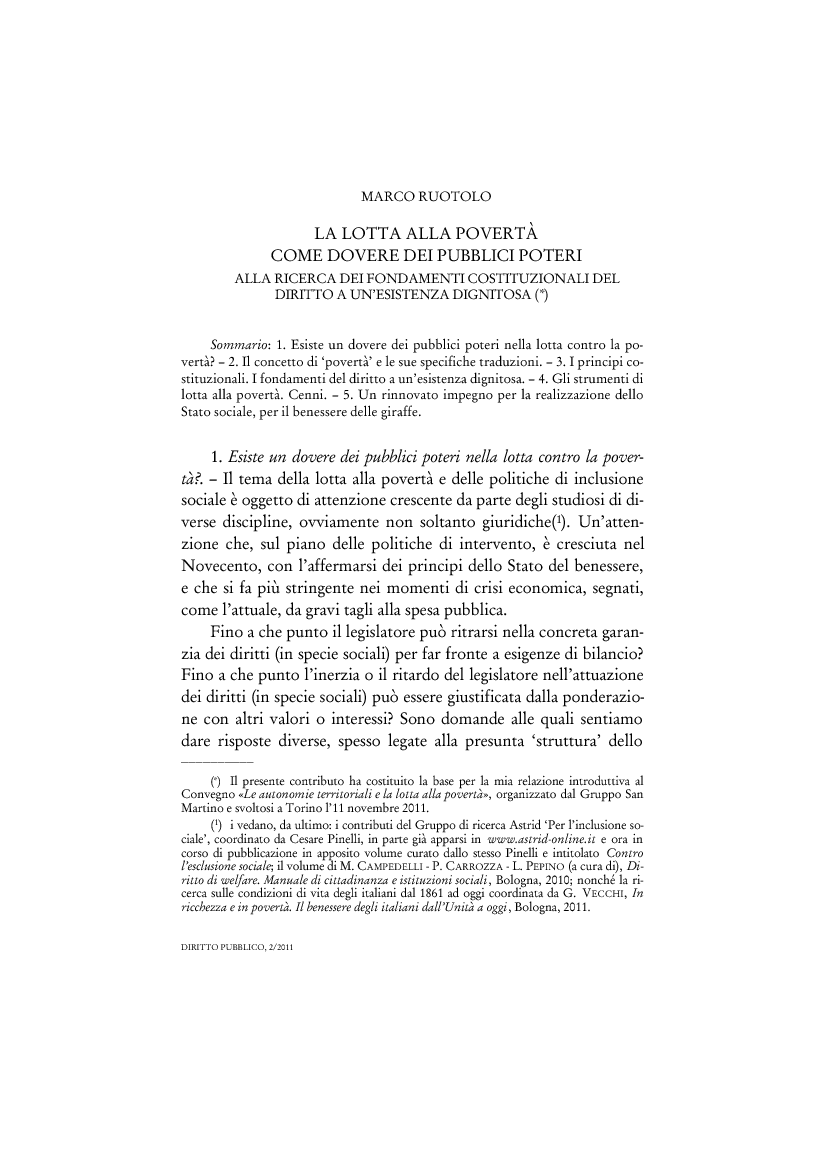