The work deals with the theme of the interpretation and principles of law in the thinking of Alessandro Giuliani. Giuliani's scholarly work contains both an account of the evolution of the principles of law and a theory about the same, each with a wealth of valuable cues for the constitutionalist who intends to reflect on constitutional principles or, more precisely, on constitutional law as law according to principles. Giuliani's research on the principles of law can be understood only if we bear in mind a complex picture that the work sketches in a rigorous manner. For Giuliani, law is the result of the actions, expectations and opinions of individuals; therefore, any definition of law will always be partial, never universal, and will be unable «to represent the form able to comprise various historical contents». The historicity of law must be capable of appreciating the practical dimension of society in a literal sense; i.e. it must be attuned to the opinions, choices and actions of human beings - a practical dimension that, as with law, is thus the fruit of collaboration and co-operation. To Giuliani's way of thinking, the theme of the historicity of law is closely tied to the theme of its rationality. If law concerns itself with the opinions and actions of human beings it must perforce not avail itself of formal, axiomatic logic; likewise, its language will not be able to follow the path of formalization. Research on law, in this order of ideas, is research on the action of individuals who relate with one another and who make choices not always dictated by rationality, so that it is necessary to resort to evaluations that know how to take into account a complex of principles able to evoke the objectives of an action, its being situated in a certain historical context, in time. Law must therefore make use not of a type of reason that follows the causal principle, calculating reason, but of a type of reason able to make human action comprehensible to us, reason that knows how to make use of the means/end category, albeit adapting it to the peculiarities of the human sciences: the naturalis ratio or natura rerum of Roman jurists, who knew how to grasp the facets or effects of human activities, so recurrent and general as to be able to predicate them as constants, as regulae iuris. 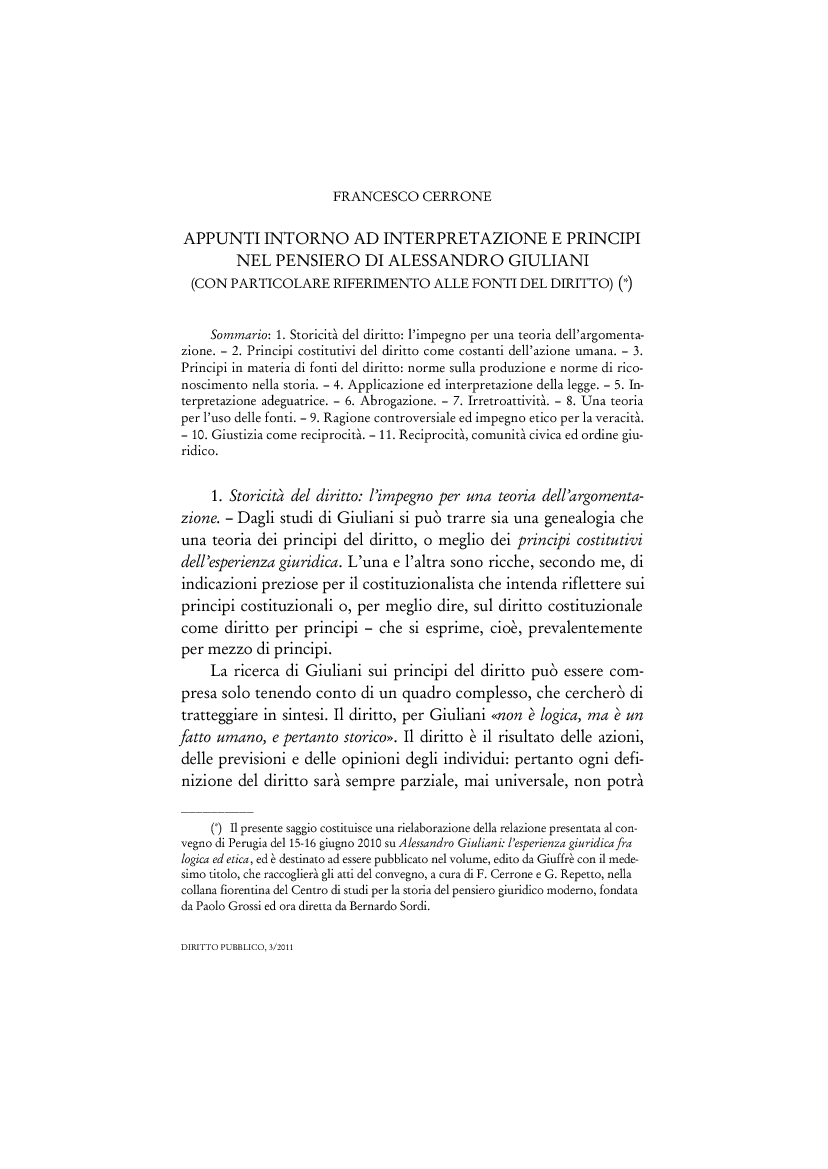