Since the world financial crisis of 2007-2008, the bailout of private banks through public financial intervention has caused many European States to experience a significant budget crisis, with strong imbalances in their sovereign debts. With the so-called "Fiscal Compact" within the Economic and Monetary Union, some European States have changed their constitution to deal with financial and expenditure problems, also endeavouring to reduce public spending by local institutions. Italy's constitution was changed in 2012, mainly by introducing the principle of "structural" balance for public budgets as a general rule applying to every public institution and local authority. This led to the great relevance of the macroeconomic dimension in evaluating public policies, as economic concepts now became the concrete content of the Constitution itself, leading to specific ambitious "spending review" programmes starting from early 2012. Regions, municipalities and other local institutions are now dealing with major budget problems, and financial settlement is now leading to important losses in financial self-government, even at the constitutional level, with strong negative repercussions on their capacity to govern local economies. The essay analyses all these topics, both legal and institutional, including from a macroeconomic standpoint, especially through the reconstruction of a prescriptive, normative meaning of the concept of "spending review". 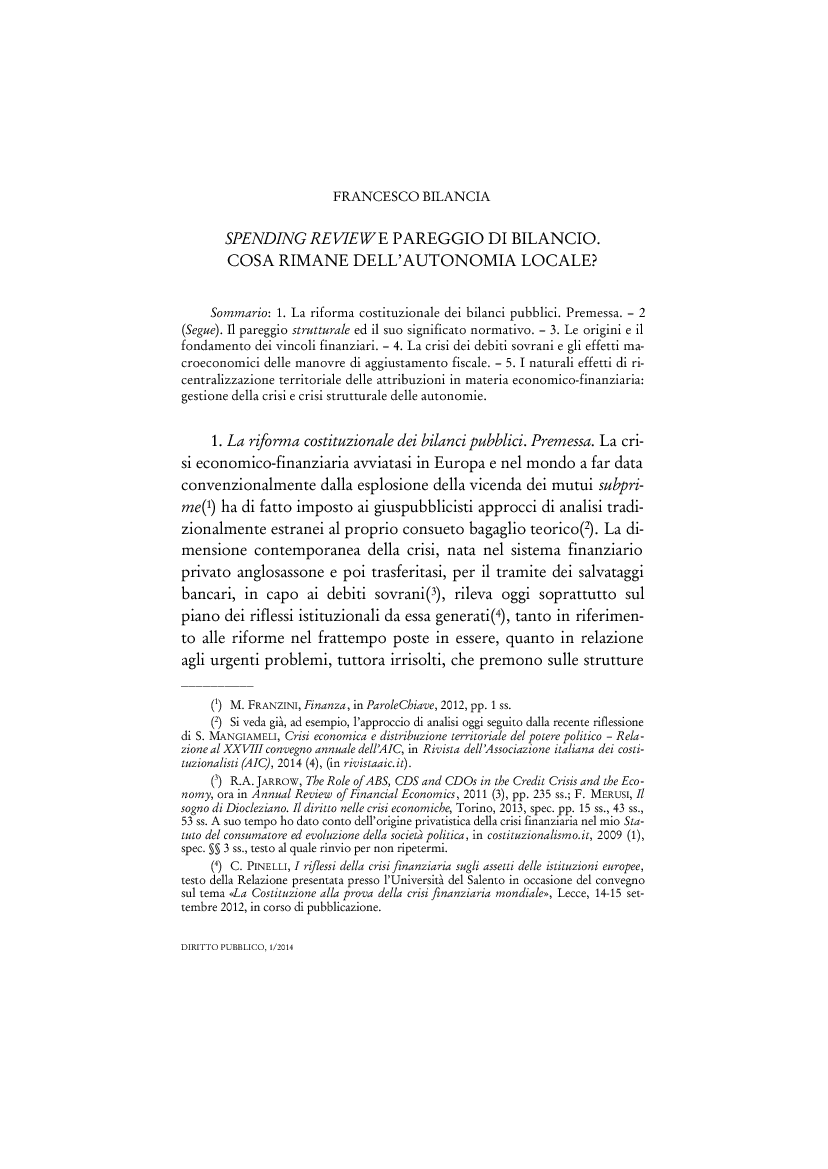