The article thoroughly examines the theme of the carrying out of constituent processes, conducted formally through the action of an organ that is the expression of popular will, the outcome of which is the production of a written constitution. The cue is given by the book "Arguing and Bargaining in Two Constituent Assemblies", in which Jon Elster examines the eighteenth-century constituent debates that took place in Philadelphia and Paris, proposing an outline of a theoretical scheme in which such debates could be articulated. Taking this scheme as its starting point, the article sets out to verify whether Elster's reflection can be turned into something more exacting theoretically, applicable not only to constitutional events that occurred over two hundred years ago, but also to contemporary constitutions. To that end, after having briefly introduced the principal theoretical concepts involved and delineated Elster's scheme, it is attempted to verify the plausibility thereof by applying it to the constituent process that took place in Italy between 25 July 1943 and 31 December 1947. In conclusion, two considerations are offered: (1) the substantial adherence of Elster's theoretical scheme, albeit with some variance not wholly secondary; (2) the insufficiency of concentrating theoretical analysis of the argument on just the phase of assembly debate (as Elster does), since many decisions fundamental for the outcome of the constituent process have to do with the prior definition of the powers of the assembly and of the procedures that shall be followed therein (and, therefore, involve discussions that precede constituent debate). 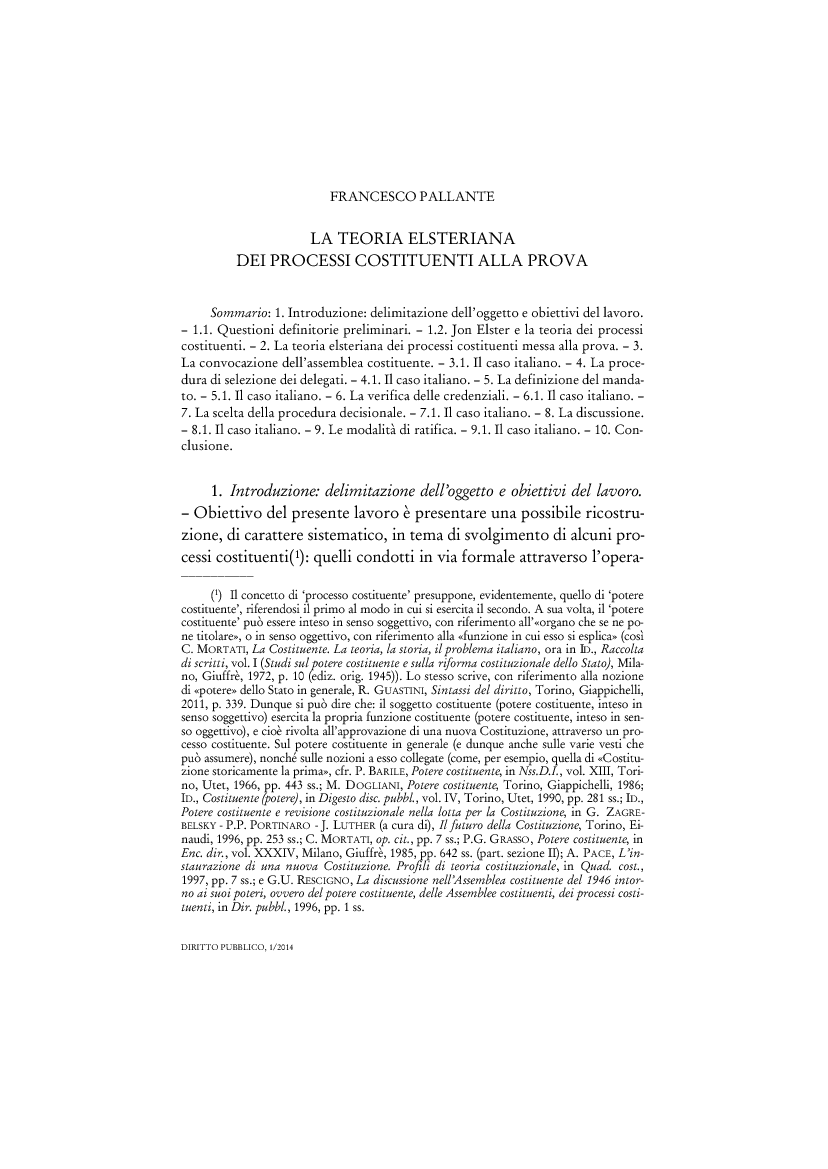